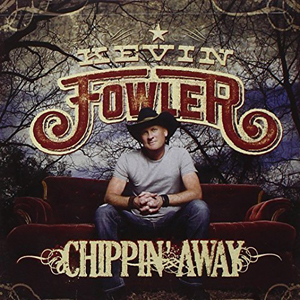 It’s been a while since his last album of new material, but the release of Chippin’ Away proves that time hasn’t changed Kevin Fowler all that much. His three favorite things, at least in his songs, are still beer, chicks and trucks. And for Fowler fans, that’s cause for celebration. The sudsy honky-tonk twang that made Fowler a household name across Texas in the last decade immediately surfaces here with songs such as “Hell Yeah, I Like Beer” and “Girl in a Truck.” A handful of other tracks that stick out as readymade crowd favorites include the opening “That Girl” (about getting that gal that’s “out of your league”), “Daddies and Daughters” and “Big River.” And just in case “Hell Yeah, I Like Beer” didn’t get the point across, he also offers an anthem called “Beer Money.” Fowler doesn’t do innovative, but what he does do, he does better than anybody else on the scene or maybe in all of country music. He makes Texas country that’s fun, and Chippin’ Away is testament to his dedication to both his music and his fans, giving 100-percent to both while knocking back five or 10 Bud Lights and having a damn good time doing it. And who doesn’t like beer, chicks and trucks, anyway? — SHANE JONES

Next post George Strait: "Here for a Good Time"