Kelly Willis: “Back Being Blue” 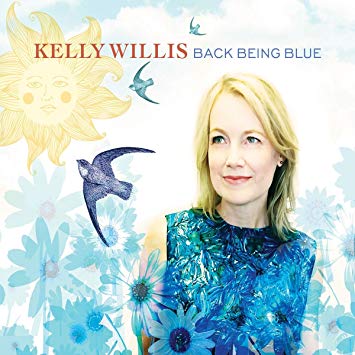 KELLY WILLIS
Back Being Blue
Premium Recordings
Once the chanteuse that many pinned the hopes of the whole alt-country genre on, Kelly Willis has spent the last two or three decades cultivating the more down-to-earth goals of raising a family while still making startlingly beautiful music on her own terms and at her own pace. But homespun peace hasn’t sanded off her artistic edge, just as time hasn’t stolen the timeless, fulsome sweetness of her still-unmistakable voice. Produced as lovingly as one would expect by her husband/collaborator of many years, Bruce Robison, Back Being Blue is Willis’ first full-on solo album in 11 years. More focused and less cover-heavy than the duet albums the couple released in the interim, it’s shot through with lilting harmonies, textures ranging from punchy pub-rock (“Only You”) to R&B (“Don’t Step Away”) to stripped-down country-folk (“What the Heart Doesn’t Know”), and enough mature melancholy to keep things from getting too sticky-sweet. — MIKE ETHAN MESSICK