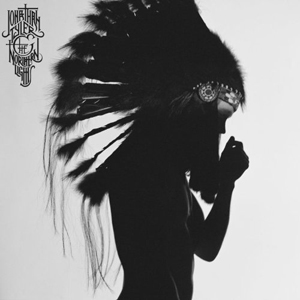 Jonathan Tyler & the Northern Lights announce their intentions with the first blast of the first tune on this album, which happens to be the title track. It fairly shouts, “We will rock you!” Track two, “Young & Free,” removes all doubt. Dripping with Southern-inflected blues-soul, Pardon Me (the Dallas band’s second album and major-label debut) may lean heavily on Black Crowes and Rolling Stones influences, but that’s not a bad thing. Tyler and the Northern Lights aren’t copping from those guys, they’re building on what came before. They pull their heavy, knuckle-dragging chords from some down ‘n’ dirty place where cred comes from the thickness of your calluses and if you swagger like Jagger, you’d better have the goods to back it up. And they do. Every one of these 11 songs has something going for it. “Devil’s Basement” sparks the tease of temptation with the redemptive powers of gospel, and fans it into a fiery, feedback-spewing, harmonica-blowing crescendo. “Gypsy Woman,” one of two songs here that was previously featured on the band’s 2007 independent release, Hot Trottin’, is a career-making tune — a propulsive rocker they’ll be playing in encores for years. The soulful ballad “Paint Me a Picture” displays Tyler’s angelic falsetto, and his ability to write a lovely line like “you take what you can before time pulls you on.” “She Wears a Smile” is an equally pretty love song; together, they reinforce the band’s force-of-nature versatility — they’re equally at home with chunka-chunka rock, funk, introspective ballads and even a cappella (the gorgeous “Ladybird”—which, with the segue of a cymbal and some feedback, brilliantly transforms into the driving “Hot Sake”). Artfully paced, Pardon Me is a helluva coming-out party for a major new talent. It’s good to hear a young band that knows how to rock both unapologetically and with true finesse. — LYNNE MARGOLIS