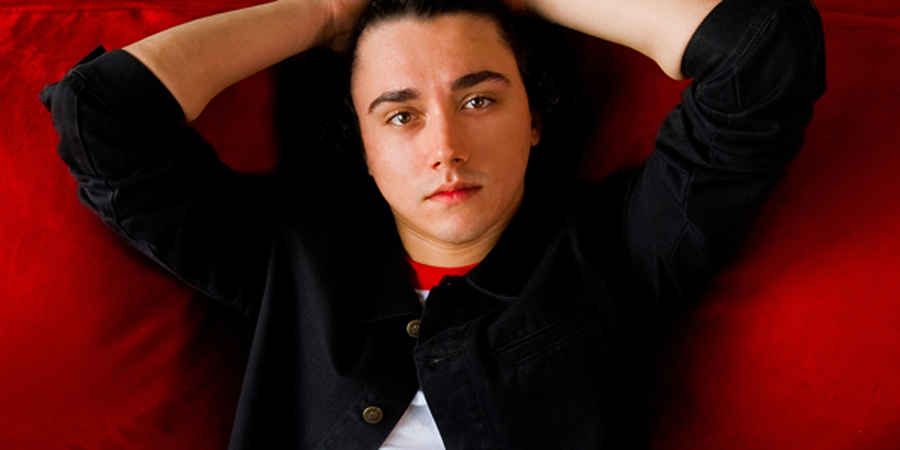 At age 15, Johnny Cooper was a fairly normal, sports-playing kid in Wichita Falls. He sang in the school choir, but “not because I thought I had any real ability,” he explains — it was just an easy elective. He was, as every teenager is, looking for what lit him up.

“You find something in your life that you know you’re supposed to do,” he says, “or feels better than anything else.”

His parents bought him a drum kit; motivation, he explains, for higher grades. But when his drum teacher heard him sing — Cooper’s got a bluesy, pleasantly growly tenor — he ended up offering the kid an opening slot in a local nightclub. All he had to do was learn 45-minutes worth of songs and, just like that, young Johnny Cooper found his calling.

At an age when most kids are worried about passing their driving tests and getting into college, Cooper started writing songs and was playing music in bars he could not legally get into otherwise. Now, at almost 22, he’s a seasoned veteran of the Texas/Red Dirt music scene, with three CDs, a handful of regional chart hits and six years of relentless touring and gigging under his belt. He’s gone from playing to a room with a handful of people more interested in drinking than listening to playing for a couple of thousand ardent fans at Billy Bob’s in Fort Worth.

It certainly helped that both Cooper’s parents are creative; his mom is a dancer, and his dad was a piano player before he became a club manager in Wichita Falls, where Cooper occasionally spent a “teen night” singing “Stray Cat Strut” to the karaoke machine. The senior Cooper sat down with his son, picking out notes on the keyboard to develop that first 45-minutes worth of cover material. 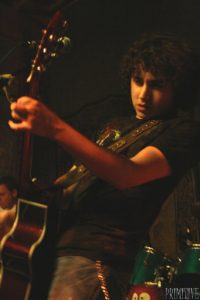 Instead of a car for his 16th birthday, Cooper got a white van to travel the state in, and a commitment from his parents to help him do what felt better to him than anything else. That same birthday, he recorded the mostly-covers Live at the Pub (2005), at the Iron Horse pub in Wichita Falls. By the time the Mike McClure-produced follow up, 2007’s Ignition, began to be distributed by Fort Worth’s Smith Music Group, Cooper’s repertoire was almost all originals. Most of the songs are autobiographical, coming from his life or friends’ lives. “The songs are kind of a timeline of things that have happened,” he says. “But you can’t plan them. You have to let them marinate, and they’ll come to you.”

After the release of Ignition, he was trying to balance finishing high school with being a full-time musician, and an underage one at that. “Camp Cooper” paid for the recording of the CD, knocked on the doors of radio program directors, and booked the gigs the hard way — one at a time — until he landed his distribution deal with Smith Music. Smith provided consistent access statewide to brick-and-mortar music stores throughout Texas and Oklahoma, as well as a marketing arm to professionally promote his music to Texas radio stations.

Ultimately, Ignition sold close to 30,000 copies — a respectable figure for a debut studio album by any standard. Cooper’s first single to receive radio play was “I’ll Bring Texas to You,” which chronicled the then-16-year-old’s response to a girl who was leaving Texas for college in Las Vegas.

A song that references Pat Green and has “Texas” anywhere in the title is likely to get a few spins on local radio. But the strength of Ignition was that it showcased Cooper’s personality. He may have been a teenager — and a Jonas Brothers look-alike at that — but he speaks about music with both reverence and experience. And he doesn’t confine himself to a particular genre. While kids in Wichita Falls were split between country music and hip hop, Cooper showed his Motown roots on Ignition with a killer cover of the Luther Ingram Stax chestnut “If Lovin’ You is Wrong.” That marked Cooper’s foray into the musical world in which he now lives, a universe where soul, funk, hip-hop and country all play nicely together in an odd gumbo of sound.

Cooper’s next release, 2009’s Follow, was about as far from “I’ll Bring Texas to You” as a songwriter can get. But the new album’s “Bring Me Down,” which hit the Texas Music Chart top 10, is a defiantly good-natured flip at anyone who second guesses his musical direction, with lyrics that include “You say my music’s got too much edge/Well hell yeah, that’s how I was taught.” From singing about driving all night to bring a girl a bottle of red wine, Cooper’s progressed to the sexy, Marvin Gayeish “Yes My Love,” which finds him chasing a woman who’s plainly no good for him. And the graceful “Crazy,” also a top 10 hit, is full of ageless wisdom, which may seem odd, considering Cooper was barely out of his teens when he wrote the song, a last-minute addition to the CD.

Follow is distributed by New York-based Tenacity Records, which classifies the release as “rock,” according to their website. According to Cooper, it’s a logical progression: If you want the chance to play music outside Texas, you go with a distributor with a bigger reach. But both the deal and the different sound have some people in Texas, including his hometown newspaper’s music critic, accusing Cooper of selling out. Not that the even-tempered old soul seems rattled.

“Hey, I don’t even own a bus,” Cooper says with a laugh, although he says he paid off the white van that, at age 21, he only recently became licensed to drive. “How is that selling out? So far this is the best musical expression of who I am on a CD.”

Cooper and his van, which currently also packs his long-time buddy and bass player Cody Shaw, Cody’s dad Ben on lead guitar, Nick Ghambari on keyboards and former Bleu Edmondson drummer Joe Cortez IV, will be headed up through the Midwest, playing gigs in Chicago and Kansas City throughout the end of the summer. Tenacity has a broader reach into nationwide stores, so the people out of state who hear Cooper live can actually find his music available if they haven’t already gone online to get it. One of the benefits of his youth is tech-savviness: Cooper was actively promoting his music on Facebook, Twitter and MySpace long before many of his Texas music peers caught up to speed. He also scored a deal with the makers of the popular video game Rock Band, which licensed his songs “Don’t Feel Like That Anymore” and “Bring Me Down.”

Although Cooper’s now old enough to drink, after a show, likely as not, you’ll find him not on his bus or in the bar, but in front of his merchandise table, meeting, greeting, hugging and hand-shaking. “There have been some weird moments at the merch table, but nothing too creepy,” Cooper says. He’s got more of a touchy-feely fan base, heavy on the ladies.

At the ripe age of almost 22, Cooper who only recently moved out of his parents’ house, is finding himself in territory that’s both familiar and new. This fall he will be releasing an EP containing two new and two “reworked” songs, and he’s already got about 200 tour dates lined up for next year. It will be interesting to see what the wunderkind will do as a young man.

“After it’s all said and done, we’re seeing what we can get away with,” he says. “My main goal is to make the music that’s coming out of me right now. When I’m 30, my songs will probably sound completely different.”