Songs of Sahara Sultry voiced Wimberley native Sahara Smith is ready to take on the world. 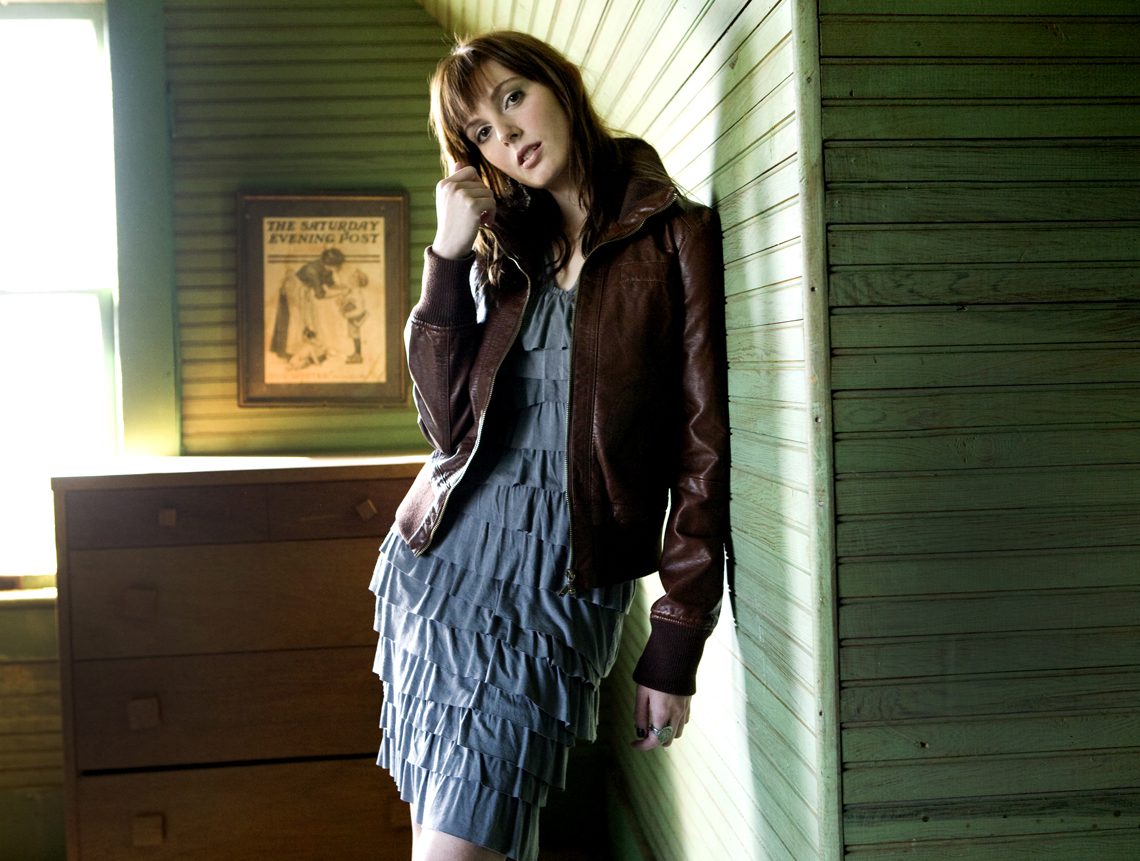 If Sahara Smith becomes the next big star to glow beyond the Lone Star State, it won’t be much of a surprise. With model-next-door beauty and a maturity that belies her 21 years, the Wimberley native has been getting ready for her close-up since, well, since her mom made sure to give her a good stage name, just in case.

Her manager, Kevin Wommack (whose other clients include Los Lonely Boys), has been grooming her for a big splash since he heard her on A Prairie Home Companion; she was 15 when she took second place in the radio show’s “Talent from 12 to 20” contest. T Bone Burnett supervised her debut album, Myth of the Heart, which was produced by his longtime engineer, Emile Kelman. Though not set for release (on Wommack’s Playing in Traffic label) until Aug. 31, Smith’s album has already earned her notices in Paste, Glamour and Seventeen magazines, among other pubs. She’s been opening for Robert Randolph (they’re booked through the same agency) and has a plum spot on the BMI stage during October’s Austin City Limits Festival.

Maybe she’ll even land herself a Grammy nomination, like fellow Wimberley native Sarah Jarosz, 19, whose 2009 debut, Song Up in Her Head, became the talk of the bluegrass world. The fact that two massively talented young women so close in age could hail from the same small town outside of Austin is not exactly sheer coincidence. Wimberley is known as an enclave supportive to artists of all disciplines.

“We were both raised in the same circle of friends,” Smith explains. “My best friend’s mom went religiously to this bluegrass jam every Friday night, so as kids, we all went, too. And Sarah Jarosz was one of the people there, along with her family.

“That was where I started playing songs for other people,” Smith says while packing for a trip to Chicago. “Every time I went there, they would ask me if I had a new song, and if I did I would play it for ’em and they would tell me what they thought.” 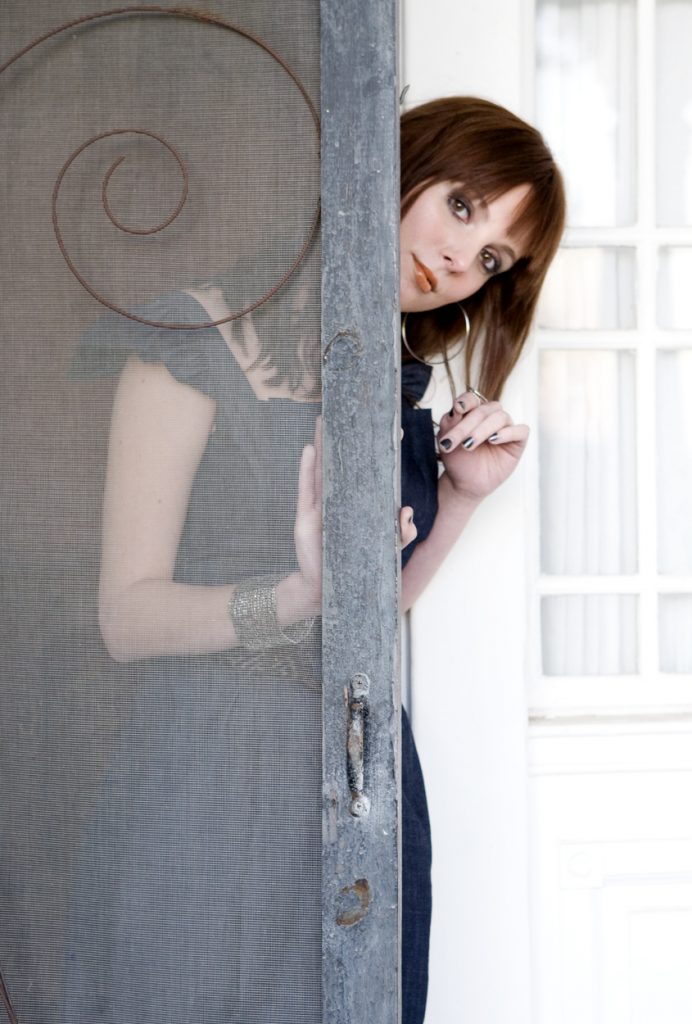 Smith, whose high-school government teacher was Jarosz’s dad (it’s a small town), was lured by folk music, influenced by songwriters from the Beatles to Joni Mitchell, Leonard Cohen and Townes Van Zandt. Her lyrics sometimes tackle emotional territory that sounds as if it might belong to an older, already jaded woman (“I wanna drive all night and wake up with your skin,” she sings on the sexy, sultry “The Real Thing.” “Why don’t we hold on tight and let all the good in? Why don’t we treat it like a real thing?”). But that’s part of her skill as a songwriter — she’s got the ability to connect whether she’s personally experienced the subject of which she sings or not.

She says her work is a “pretty solid combination” of living and storytelling. “Sometimes when I write love songs, they aren’t really love songs,” she says. “I wrote one of the songs on the album, ‘Twilight Red,’ when I was 13, and I’d never even dated anybody when I was 13. So it’s a love song, but it’s not really about love.”

It also wasn’t supposed to be on the album.

Strumming her guitar during a dinner break while recording in L.A., Smith started playing the tune. Drummer Jay Bellerose wanted to know why he hadn’t heard it. “I said, ‘I wrote it forever ago; I didn’t really expect to record it.’ He said, ‘Well, I think we should try it.’”

The languid song, which musically evokes Margo Timmons of the Cowboy Junkies and Daniel Lanois canoodling in the studio, closes the album. Knowing Smith wrote it at 13 just reinforces how scarily talented she is. But she attributes her development to both nature and nurture, to having creative parents and growing up in an artistic environment. Her dad, a jeweler, also sculpts and paints; her mother, an actress, taught children’s acting and wrote plays. They divorced when she was 8, but each remarried, giving her two sets of supportive parents. Her dad introduced her to some of her favorite poetry and taught her how to play guitar; her stepdad taught her blues progressions that broadened her musical vocabulary. Her mother has a collection of the poetry she started writing at 3 — which helps explain how Smith managed to compose every song on her album without the help of hotshot song-slingers.

“I definitely would have always written and I would have always sung to myself in the shower, but I don’t think that I ever would have been a performer if it hadn’t been for that community and for my parents,” Smith says. “I’m much more comfortable sittin’ on the couch writing songs than I am singing them in front of people.”

When she did A Prairie Home Companion with 4 million people listening, she was so nervous, she says, “I went off on a tangent about, like, the watering holes of Wimberley or something. I just had no idea what to say.”

But Wommack obviously recognized a mu- sical diamond when he heard one. He slowly began showcasing her at the Cactus Cafe, Antone’s and other area venues as she developed. With her ethereal soprano that’s almost the female equivalent of Chris Isaak’s haunting falsetto and poise women twice her age wish they possessed, he knew she had a lot of potential. When they were ready to record, everyone agreed her dream producer, T Bone Bur- nett, would be perfect — except for his price tag. On a whim, Wommack sent Burnett a link to Smith’s MySpace page. (Why not aim high, after all?) He invited them to come to L.A. Then he gave her some important advice.

“I was playing one of my songs for him and I was projecting really loud and playing guitar really hard,” Smith explains, “and he said, ‘OK, that’s great, but take it down about 50 percent.’ He really taught me that in order to communicate your emotions, you don’t necessarily have to be loud.”

That nuance comes through in Myth of the Heart, which features some of Burnett’s favorite session players: bassist Dennis Crouch, guitarist Marc Ribot and even Austinite Corby Schaub of Ryan Bingham’s band, whom Burnett got to know during sessions for the Crazy Heart soundtrack. Smith’s road band is a similar crop of highly regarded players: guitarist/bassist Will Sexton, guitarist Jake Owen and drummer/percussionist Mike Meadows.

Having names like those attached to your career definitely puts you on a faster track, and Smith is happily riding the roller coaster. She admits that someday, she’d like to get a college degree — in the decidedly esoteric field of comparative philology, the study of historical linguistics, or common word ancestry.

“I’m an etymology geek in my spare time,” Smith confesses. Fortunately, she didn’t have to study the origin of her name. Her parents were happy to reveal its accidental creation.

Seems her expectant parents were out driving one night, reeling off prospective names. Her dad tried to say “Sara” but hiccupped and it came out “Sahara.” “That’s it!” her mom shouted. They told her uncle-to-be, who immediately pronounced she’d grow up to be a stripper. He mom threw in the middle names Angelina Rose in case she chose a more legitimate acting career.

“I think that’s proof right there that I didn’t change my name, because I would never make my initials SARS,” Smith says with a laugh.

Sahara Angelina Rose Smith. Once you hear her music, you’ll have no problem remembering her name.