John Prine: “The Tree of Forgiveness” 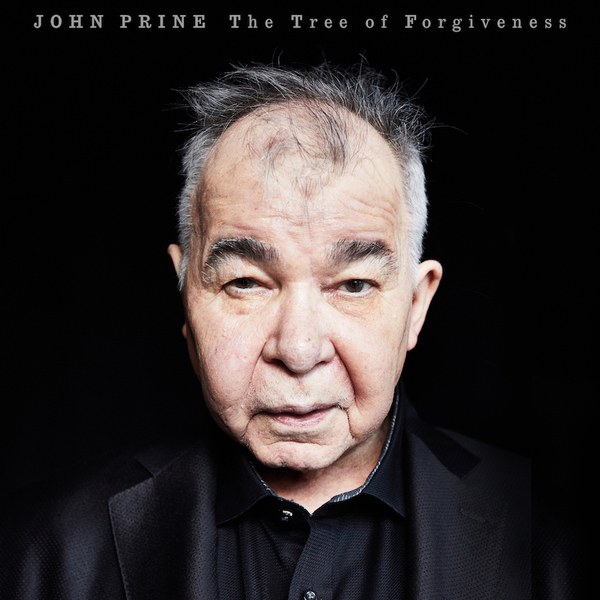 One of the then-young songwriters that got tagged with the “next Bob Dylan!” hype in the early ‘70s, John Prine has gone on to achieve the nobler goal of being the one and only John Prine. He may not have attained the household name status that Dylan (or Bruce Springsteen, or Willie Nelson, or whoever’s on your songwriting Rushmore) enjoys, but he has penned and recorded as rich, deep, and distinctive a body of work as any of the above. His relative niche status has left him no less adored by his audience, perhaps even more so for his not-a-rock-star relatability. Prine’s best work — and Tree of Forgiveness already feels worthy of inclusion — is a tapestry of low-key charm and wordy, offbeat wit with just enough holes for the empathetic lights of heartache and affection to shine through.

Partly because his prolificacy has dropped off with the decades, partly because he narrowly won a battle with squamous cell cancer in the late ‘90s, and partly because beloved music legends get a little more scarce every year, fans rightly treat every new Prine album (especially ones with new original material) as a miracle. There’s likely to be some new listeners on board since Prine has recently and deservedly been treated as an alt-country/Americana godfather of sorts, prominently sharing stage and studio time with the modern kings and queens of the loosely defined genre (Sturgill Simpson, Jason Isbell, Amanda Shires and Kacey Musgraves among them). Rootsy alt-rockers like My Morning Jacket, Deer Tick and the Avett Brothers feted him on a 2010 tribute album, and a host of prominent female country and folk artists joined him for mostly-covers duet albums in 1999 and 2016, respectively. His influence runs strong through younger acolytes like Todd Snider, Hayes Carll, and Adam Carroll. Imagining modern roots music without John Prine’s influence is unthinkable. Experiencing modern roots music with Prine’s enthusiastic participation and renewed spirit is terrific.

And so is this new album, thankfully. It’s a bit hard to picture listening through it with uninitiated ears — minus the legacy, does Prine’s weathered voice and quirky poetry grab the listener? — but it’s also hard to imagine it framed and presented any better than it is here. Dave Cobb is the producer, in case you need a reminder that this is a roots music album released in 2018, and his track record remains unblemished. It’s all got a bit more punch than 2005’s worthwhile Fair & Square, while still stopping short of the arena-rock sonics on his ’90s efforts, which seemed at least occasionally questionable then and would just overwhelm his vocals at this point. The chugging, woody thump of the opener “Knockin’ On Your Screen Door” is about as rocking as Prine gets this time around, but the record still doesn’t seem to drag. “I Have Met My Love Today” shares the sweet and subtly giddy vibe of Buddy Holly classics like “Everyday,” the wryly hilarious “Egg & Daughter Nite, Lincoln Nebraska 1967 (Crazy Bone)” bounces along on some subtly infectious country-blues picking, and “God Only Knows” soars along on some smartly applied strings and backing vocals (the aforementioned Isbell and Shires and Brandi Carlile, specifically). Even the downbeat numbers engage, largely on the strength of Prine’s endlessly agile wordplay; if you’ve got enough words in there, it doesn’t matter that much if you can’t hold a note the way you used to.

As it always was with Prine, sometimes a relatively simple song of love (“I Have Met My Love Today”) or loss (“No Ordinary Blue”) is plenty. A seemingly simple song like “Summer’s End” — all about comfort, reunion, and forgiveness — transcends even those worthwhile and well-worn themes with the droll but emotionally resonant likes of “valentines break hearts and minds at random/that ol’ Easter egg ain’t got a leg to stand on.”  A sly little come-on like “Knockin’ On Your Screen Door” gets more weird and wonderful when he’s tossing in lines about pork and beans, George Jones and sweet potato wine (it’s a real thing — I checked). But if there’s a through-line here, it’s that Prine’s just as preoccupied with his (our?) own mortality as those nervous fans out there. The aforementioned “Egg & Daughter Nite” follows those young horndogs all the way to the old folks home, the “Lonesome Friends of Science” ponder the universe’s impermanence as well as their own, and “Boundless Love” sounds more like a reconciliation with God than anyone flesh and blood (even if the opening line is about a garbage truck). The following “God Only Knows,” ironically, is more about earthly regret and forgiveness, and the closing “When I Get to Heaven” couldn’t have gone anywhere but last. It wraps things up loosely but lovingly, alternating between spoken-word interludes and boom-chicka-booming choruses, giving affectionate shout-outs to predeceased family members , pre-ordering heavenly cocktails (get the man a vodka and ginger ale, should you be fortunate enough to belly up to the bar next to him someday), and even tossing an olive branch to all those critics, those “syphilitic parasitics” (it sounds less mean in the delivery) that he’d still buy a drink for at a nightclub called “The Tree of Forgiveness.”

The way Prine describes it, the hereafter sounds like a magnificent place; so if that’s the payoff of our mortality, then fair enough. But if Prine should wake up one morning, put on his slippers, walk in the kitchen and die, whether it’s next month or 20 years from now, it’s still going to seem too soon. Because it sure would be nice to get a couple more records like this one.

Apologies if this sounds more like an overly verbose fan letter than a record review. John Prine’s songs are like a member of the family to me, and those visits just get more valuable every time. — MIKE ETHAN MESSICK