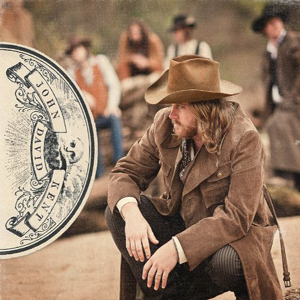 In a previous musical lifetime, a teenaged John David Kent played drums in Radish, the North Texas grunge band best remembered as an introductory footnote to indie-rocker Ben Kweller’s successful solo career. Kent picked up other drumming gigs in the immediate aftermath of Radish’s demise, but a decade and change later, he’s moved from behind the kit to the front of the stage as a Texas-country/Americana-leaning singer-songwriter. Based on the evidence of his self-titled debut, Kent’s a natural in this arena, with a strong voice and a definite knack for crafting above-average songs with solid hooks and equally mainstream-ready but not dumb lyrics. The ultra-catchy lead single, “My Girl,” is as irresistible as the sexy tomboy it celebrates, and “Back to the Country” hints at the kind of down-home grit that Kent and his band, winningly dubbed the Dumb Angels, probably dish out in spades in a live setting. Other songs, like “Down to the Water” and “Why Won’t You Stay,” fly closer to a Southern California/Eagles kinda vibe, albeit with equal confidence. That’s not to say the set is filler-free; with 15 songs clocking in at just under an hour, the album is ultimately a little too long for its own good (especially for a debut). But seeing as how his old Radish bud Kweller already has a handful of excellent solo albums under his belt, it’s hard to fault Kent for wanting to make up for lost time. — RICHARD SKANSE

Next post The Hickoids: "Kicking It With the Twits"