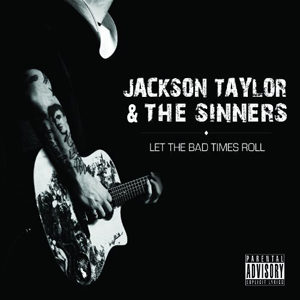 There are some things that you need to know about Jackson Taylor. He likes to party. He likes to drink whiskey. And he does not give a damn about what you think. His latest release is not really any different from his previous output; Taylor sticks to the same formula that his outlaw heroes made famous, and it’s not hard to figure out who some of his outlaw heroes are. From capturing an infamous George Jones story on “No Show” to his two covers of Waylon Jennings (“Ain’t No God In Mexico”) and Rodney Crowell (“I Ain’t Living Long Like This”), Taylor wears his influences proudly on his sleeve. And to his credit, he pulls the look off just right. He backs it up with solid originals on Let the Bad Times Roll, too: both “Old Henry Rifle” and the title track are patriotic tunes done the classic outlaw way that would make Toby Keith jealous. — SHANE JONES