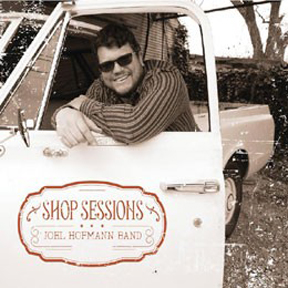 Joel Hofmann is a honky-tonk preservationist on at least two fronts. For starters, under his management, Central Texas landmark Riley’s Tavern specializes in various stripes of live retro-country and roots-rock. He’s also not afraid to strap on the guitar and make his own contribution to the tradition, and he’s blessed with the self-assured baritone voice to make it ring true. In the company of pros like guitar ace Big John Mills, bassist William “Billy Dee” Donahue, and country piano legend Earl Poole Ball providing solidly unfussy production and no shortage of great licks, his best material takes on a timeless quality. The vulnerability and nuance in numbers both heartbreaking (“This Old House”) and affectionate (“My Golden Nugget”) shows how Hofmann’s grown as a singer and songwriter since his 2008 debut, which was heavier on the outlaw swagger. He’s also adept at picking covers, with the kind-of-obscure Johnny Bush tune “Lillie’s White Lies” hitting just the right classic-country balance of cleverness and heartache in a well-deserved revival. There’s shout-outs aplenty to legends of the past (“Song For George,” “You’ll Have Me to Thank,” “Heaven’s Country Band”), but Hofmann’s reverence shines brighter on the relatable likes of “April’s Fool” and “80 Proof Heartache.” His commitment to the sound is the sincerest tribute of all. — MIKE ETHAN MESSICK