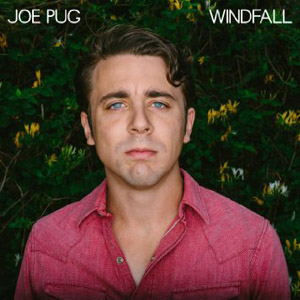 While the past three years for Joe Pug haven’t been completely fun-filled — he has admitted to almost giving up on creating music in that span — it seems as though things have worked out really well. Because as solid as all of his recordings have been since his 2009 debut EP, Nation of Heat, his latest is easily the best album yet from the Chicago-born, Austin-based singer-songwriter. One could almost go so far as to call Windfall an Americana masterwork, but that would actually be selling it short. Sure, songs like “Bright Beginnings,” “Burn and Shine” and “The Measure” are all the kind of country-folk-rock hybrids that would have made Levon Helm proud, but the aptly titled “Great Hosannas” finds Pug stepping confidently outside of the acoustic troubadour wheelhouse. The track is both epic and disorienting, with Pug offering ominous, rhythmic non-sequiturs over reverb and deliberate drum beats. The arrangements throughout the album are impeccable, with lots of unexpected and inspired touches (like the mellotron, courtesy of Wilco’s Pat Sansone). Still, it’s ultimately Pug’s nuanced vocals and the pristine quality of his lyricism that really make Windfall such a winner — and he’s no slouch in the hooks department, either. With “Veteran Fighter,” he delivers perhaps his catchiest song to date, and with it a line that could’ve been his mantra for the past three touring-and-turmoil-packed years: “Don’t back down, it’ll get brighter/Stand your ground like a veteran fighter, grip that wheel just a little bit tighter now.” — KELLY DEARMORE

Next post Book Review: "It's a Long Story: My Life"