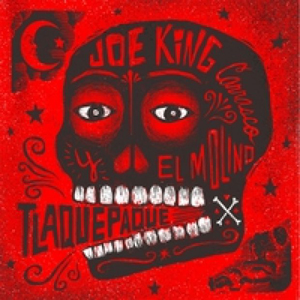 Although he’s best known outside of Texas for his new wave-era notoriety with the Crowns, Joe King Carrasco’s Tex-Mex rock ’n’ roll vision has yielded a sizable body of recordings that offer a bottomless assortment of variations on his border-blasting approach. The effervescent singer-guitarist is currently in the midst of an extended burst of activity that’s seen him reform his two best-loved combos — the fabled all-star ’70s assemblage El Molino and its stripped-down, organ-spiked successor the Crowns — and release a series of new albums that embody the qualities that first established him as a true believer.

Rucca and Tlaquepaque find Carrasco and the reconstituted El Molino (including Sir Douglas Quintet/Texas Tornados vets Augie Meyers, Speedy Sparks, and Ernie Durawa) delivering a pair of delightfully out-there sets that encompass a range of styles while maintaining a consistent level of joyous abandon. Meanwhile, the reunited Crowns have never sounded better than on Que Wow, which maintains the same manic energy level that first put them on the map.

Finally, in the not-newly-recorded but newly-discovered category, both Tattoo Laredo and Vamos A Get Down rescue long-lost early-’90s sessions by Carrasco and his then-band. The tracks here are uncharacteristically heavy-sounding, but still steeped in the same uplifting essence that’s made Carrasco a precious musical resource for nearly four decades. — SCOTT SCHINDER