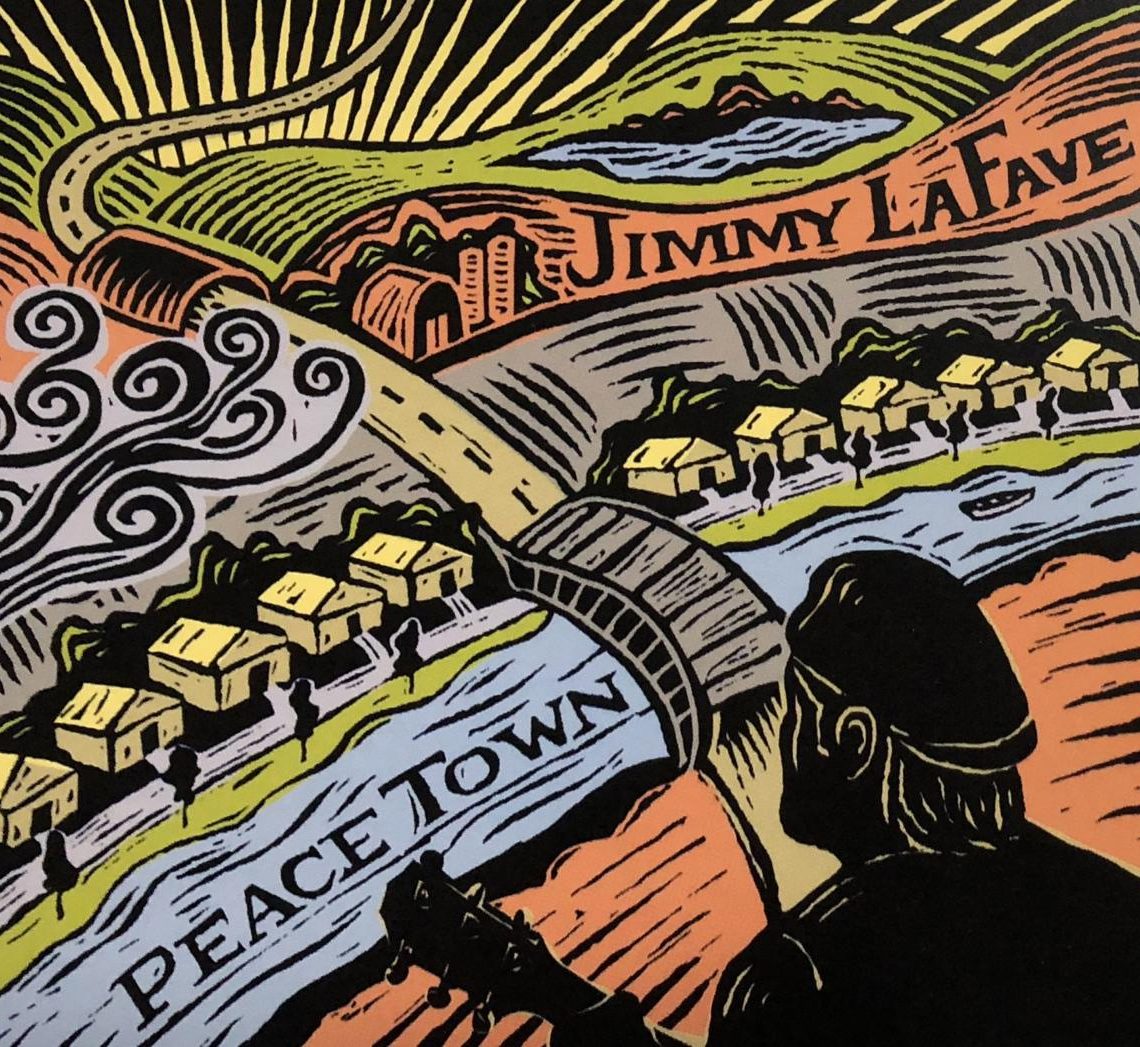 JIMMY LAFAVE
Peace Town
Music Road Records
Beloved Austin music veteran Jimmy LaFave lost his battle to cancer back in May of 2017, but his influence looms large among generations of folk-rockers, especially in his old Texas and Oklahoma stomping grounds. Seeing as how LaFave always sang as if his life depended on it, his posthumous record feels less like a haunting and more like a blessing: one last labor of love from a country-rock-folkie who was “Americana” before anyone even called it that. Twenty tracks deep, Peace Town revisits LaFave’s longtime penchant for covering his ultimate influence, Bob Dylan, as well as some left-field choices like Pete Townshend (a lovely opening rendition of “Let My Love Open the Door”) and David Ball. It’s not as if “sweet and wistful” is a new groove for the late LaFave, but that’s the pervasive lean of both the originals and covers here, and it both stings and inspires a bit more under the circumstances. One of the originals that LaFave would sometimes downplay in favor of honoring his heroes and the tradition he treasured, “Goodbye Amsterdam” is as heartfelt a note to close out on as any. — MIKE ETHAN MESSICK