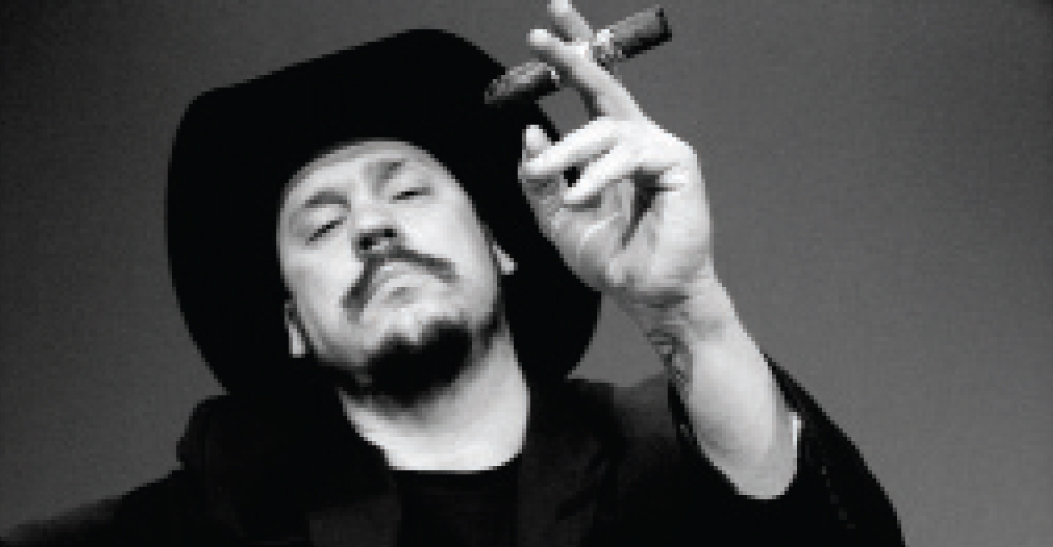 After successful Houston premiere, “Becoming Kinky: The World According to Kinky Friedman” is ready to hit the road. 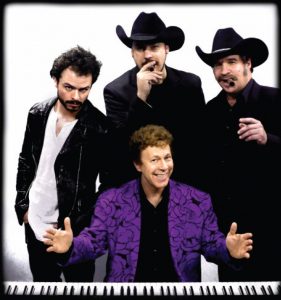 Houston society was out in force for the sold-out world premiere of Becoming Kinky: The World According to Kinky Friedman at McGonigel’s Mucky Duck March 28. With the Kinkster himself in attendance along with co-producer and arts maven Carolyn Farb, Billy Joe Shaver trial lawyer Dick DeGuerin, socialite Kimberly DeLape, ABC news anchor Gina Gaston, and members of the Houston arts and music community, opening night jitters soon melted into belly laughs and Texan camaraderie as the cast worked its way through the performance without a single flub.

Written by theater veteran Ted Swindley, whose credits include the wildly successful Always … Patsy Cline, the script is pulled largely from Friedman’s novels, journalistic writings, and political speeches, many of which play up the usual Texan stereotypes. Interspersed are a handful of Friedman’s songs, like “Asshole From El Paso,” “Sold American,” “Old Ben Lucas,” and the hilarious send-up, “Homo Erectus.” 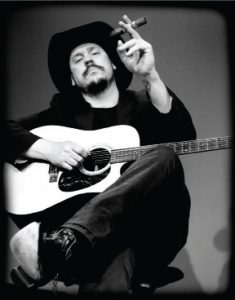 Jesse Dayton channels the Kinkster in his troubadour prime. (Photo by Katy Anderson)

Dayton, whose previous acting credits include a role in the upcoming indie-film The Sinner (and a singing-but-non-speaking role in Rob Zombie’s Halloween II), acquitted himself well as musical leader and easily assumed the swagger and braggadocio of Friedman during his wilder days as a hard-traveling troubadour. For a rank theatrical rookie, Dayton proved a natural at comic timing and deadpan humor while delivering self-deprecating lines like, “In 1972 we got our first big break when Chet Flippo wrote a story about us in Rolling Stone. The title of the piece was ‘Band of Unknowns Fails to Emerge.’”

The only other part was reserved for longtime Friedman friend and collaborator Little Jewford, who played himself. In fact, he stole several scenes with his deadpan humor and physical comedy, and at one point, he donned a red bandana and assumed the role of a stoned Willie Nelson being interviewed by Friedman.

The play was originally conceived in 2009 at a benefit performance of Always … Patsy Cline for Stages Theater, which was founded by Swindley. Farb, Friedman, Swindley and Jewford were seated together and, according to Farb, “the juices were flowing.” She met with Swindley the next day and the project took off from there. Friedman political advisor Kent Perkins and his wife, Ruth Buzzi, also came onboard as co-producers with Farb. The script was tested with readings in Dallas and Houston before the group moved ahead to stage a full production.

Asked about staging the performance in a music listening room rather than at a theater, Swindley said that was Friedman’s suggestion. When asked what was behind his recommendation, Friedman explained with a straight face, “Something strange happens every time I play this place, and I just had a hunch this was where we should spring this on an unsuspecting public.”

After selling out three of the four nights, Farb and Swindley scheduled six more performances for the Mucky Duck April 28-May 1. At press time, Swindley said that while nothing was yet firm, there was interest from several other cities and he was moving ahead to take the production on the road.