Jess Klein: “Behind a Veil” 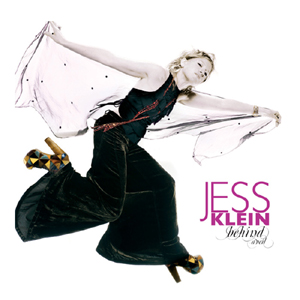 Like tourists in search of the largest urban bat colony in the world, singer-songwriters in search of new beginnings and inspirations eventually find their way to Austin. When  New York native and East Coast vagabond Jess Klein finally arrived in the Texas capital in 2008, she had already achieved considerable success in indie folk circles, with a debut (2000’s Draw Them Near) that earned the attention of USA Today and a song, “Strawberry Lover,” which the New York Daily News named “Sexiest Song” in 2005. But making it back there isn’t necessarily the same as making it where the Lone Star shines. And that’s what really matters now, right? Working with producer Mark Addison, Klein seems quite comfortable with where she is these days, both geographically and artistically. The move to the live music capital of Central Texas has taken her always introspective writing to new levels and her soulful voice to more personal and passionate places, as evidenced by the revelatory peak “Behind the Veil” she offers on her latest release. She pays homage to Austin’s lost artistic community of cottages and kindred souls on the lovely “Wilson Street Serenade,” where she’s joined by Noelle Hampton and Wendy Colonna. On “Tell Me This is Love,” a song that would have been called radio-friendly in another era, she eschews storybook romance for the real thing with a flirty and taunting “boy, if you believe in all this stuff, push a little harder and tell me this is love.” But the transcendent track here is “Riverview,” a deeply revealing memoir with Billy Masters’ surreal banjotar and Klein’s stark admission “I’m a mess, I’m a fool, I’m a seven-story wreck, but my love ain’t no lie, it’s just streaming out of check.” — D.C. BLOOM