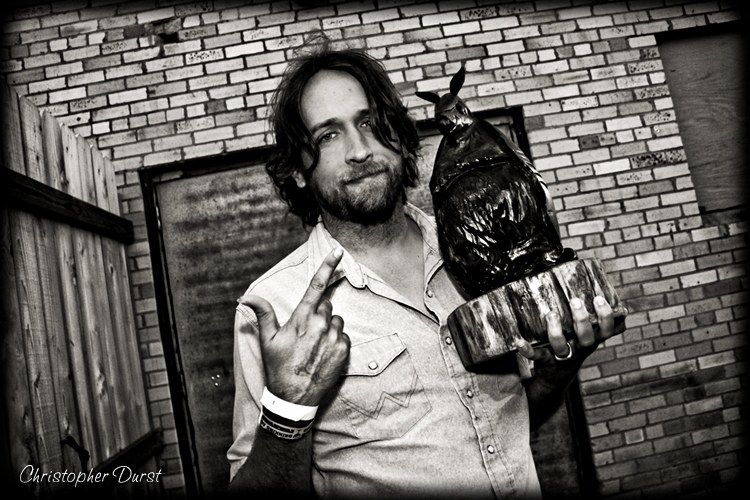 Songwriter of the Year Hayes Carll with his LSM Award (a Doug Moreland-chainsaw carved LSM Dillo!) (Photo by Christopher Durst) 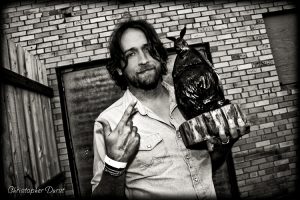 Songwriter of the Year Hayes Carll with his LSM Award (a Doug Moreland-chainsaw carved LSM Dillo!) (Photo by Christopher Durst)

Perhaps the biggest news of the evening, though, came right before LaRue’s full band set at the end of the night, when Lone Star Music owner Zach Jennings took the stage with Greg Ellis, manager of San Marcos’ beloved Sundance Records, which closed shop for good after 35 years earlier that same day. As Jennings acknowledged, Sundance will be dearly missed by Central Texas music fans, but its old home at 202 University Drive will soon be home to a new record store: Lone Star Music, which will be moving out of Gruene and up to San Marcos at the end of the summer, with Ellis onboard as the newest member of the LSM team. Stay tuned for more details soon!