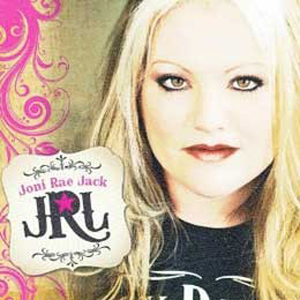 Joni Rae Jack is not a 20-something starlet with aspirations of being the next big thing on the Texas or national country scene. She’s a hard-working mother of two who’s been singing semi-professionally for most of her life, from churches to country music conventions to dancehall gigs as a member of a South Texas group called the Border. That’s the Cliff’s Notes version of the breezy but refreshingly b.s.-free, first-person bio she has up on her website, and reading her story only enhances the already considerable charm and pluck of her self-titled debut. Jack is not really a songwriter (contributing only two originals to the album), but she’s an excellent country singer with the chops and sass to belt out high-energy contemporary honky-tonkers like “Guitar Pickin’ Man” and “Maybe You’ll Love the Way I Leave” with twice the oomph and conviction of a lot Nashville stars on mainstream radio. Hell, she even does a shockingly admirable job at selling John (Cougar) Mellencamp’s hoary old “Hurts So Good” as both fresh and fun. Some of the ballads, like “What Made You Think” (one of the two songs here she did co-write), lean pretty heavily into saccharine adult contemporary territory, but there’s a lot worse to be heard coming out of Nashville these days, and closer to her Texas home, not a whole lotta singers half as competent. — RICHARD SKANSE