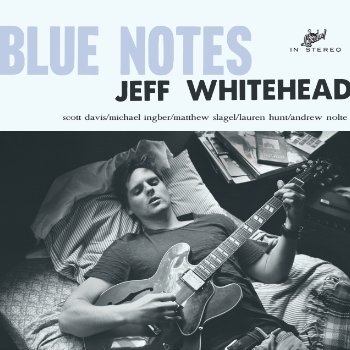 Among the younger crop of Austin singer-songwriters, Jeff Whitehead eased out of his former sideman role to take the mic for 2014’s Bloodhound Heart. Crisp, tuneful, and heartfelt, it was a solid debut, but now seems in danger of being eclipsed: Whitehead’s sophomore album, Blue Notes, retains the chops and the heart of the first one but does it bigger, bolder, and better. With invaluable producer Scott Davis aiding and abetting, Whitehead finds his swagger and adventurousness. It’s not overbearing, but it’s valuable: much like Ryan Adams or Ray LaMontagne, Whitehead has no shortage of conventional talent, but without a strong dose of personality and some healthy experimentation, it could fade into easy-listening background music that pleases but doesn’t quite stick to the ribs. So Whitehead and Davis mess with the parameters of a conventional pop-rock singer-songwriter album and make it into something meatier, with melodies and riffs that are likely to stick with you for days: the fuzzy funk of “Too Wild,” the big jangly romantic swirl of “Ten Miles,” the defiant crescendos in the chorus of “Right About Love,” et al. Whitehead’s voice — big, raspy, and rangy with a hint of twang when he drops into his lower register — is consistently terrific, able to hold its own with the most layered productions and complex melodies the album can throw at him. And as a songwriter, he’s a good hand at offhand poesy like “I wish that you were a songbird/So you could come back in the spring” or loopier flights like “most nights I can hold my liquor like a camel in the Far East” (the record’s opening line). And sure, it’s fun picturing a bunch of drunken camels stumbling around Japan, but it’s more fun listening to an artist hit an early peak in a career that’s likely to be full of them. Best of all is the closer, “Down in the Well,” a slow-burning soul number with more than a hint of Tom Waits in its down-at-the-heels melancholy. Here’s to whatever well Whitehead is drawing from. — MIKE ETHAN MESSICK

Next post Old Settler's Music Fest Recap: Saturday night live with the Old 97's, a highway queen and the baddest wolves in the land