Jason Isbell and the 400 Unit: “Live From the Ryman” 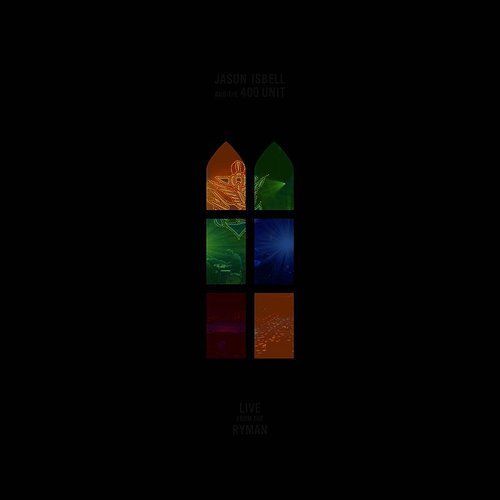 JASON ISBELL AND THE 400 UNIT
Live from the Ryman
Southeastern Records/Thirty Tigers
Sometimes when you’ve got a stack of albums to review and you’re listening to one you’ve heard often, you might fast-forward here and there. Just a bit. But there’s no fast-forwarding through a Jason Isbell album, no matter how many times you’ve played it or heard live versions of its contents. You can’t skip through his tunes; they’re too compelling. Whether he’s exposing bruises on the skin of his soul or detailing the lives of characters as desperate and restless — and as real, even if they are fictional — as any of those etched by our beloved Bard of the Boardwalk, his songcraft demands to be savored. Recorded over several nights at the legendary mother church of country music, Live from the Ryman draws almost equally from Southeastern and Isbell’s two Best Americana Album Grammy winners, Something More than Free and The Nashville Sound. But here, he and the 400 Unit give these songs an even edgier, angrier feel. On “White Man’s World,” Isbell’s slide and Amanda Shires’ fiddle practically snarl at each other; on “24 Frames,” his self-condemnation sounds even more brutal. The desperation of “The Life You Chose” and “Cumberland Gap” is tangible; “Elephant” haunts like the wail of those mammals in mourning. Unfortunately, inappropriate audience whoops and cheers disturb what should be the pin-drop-quiet reverie a song like “Cover Me Up” deserves, but at least they stay quiet through “If We Were Vampires,” his gorgeous, devastating acoustic duet with wife Shires — a song about a love so strong, knowing that one of them will die first already fills him with dread. “It’s not your hands, searching slow in the dark/or your nails leaving love’s watermark,” he sings. “It’s not the way you talk me off the roof/your questions like directions to the truth.” You don’t hear lyrics like those every day — unless you put Isbell on repeat. Live from the Ryman contains 13 reasons to do just that. Every song here (two of which earned Grammys of their own) provides yet another example of why Isbell is regarded as one of the best singer-songwriters of his generation. Don’t skip a word, or a note. They all matter. — LYNNE MARGOLIS