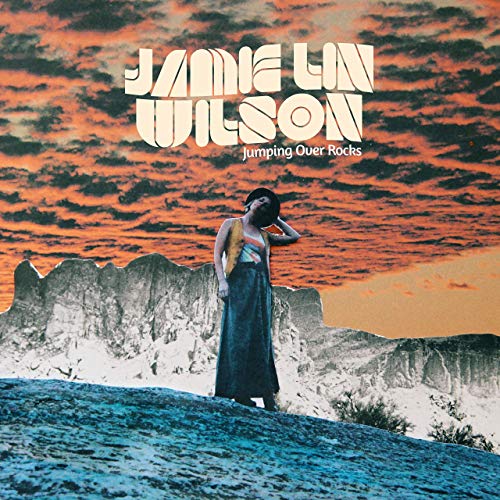 JAMIE LIN WILSON
Jumping Over Rocks
www.jamielinwilson.com
The most striking thing about Jamie Lin Wilson’s Jumping Over Rocks isn’t just the fact that her cover of “Instant Coffee Blues” is the most emotionally wrenching perfomance of a Guy Clark song that I’ve ever heard — including from the man himself: It’s that nearly every one of her 10 originals that surround it are damn near just as perfect. “Striking,” but not necessarily surprising, especially in the wake of Wilson’s terrific last outing, 2015’s Holidays & Wedding Rings. Wilson’s songwriting has actually been a cut above and arching toward top-shelf quality going all the way back to her time in the Gougers and her solo debut, 2010’s Dirty Blonde Hair EP, and her voice stood out as an instrument of remarkably expressive and distinctive power even blended within the angel choir harmonies of the Trishas. But Jumping Over Rocks really is a next-level leap, collecting her strongest lyrics, melodies, and vocal performances to date while artfully blurring the lines between timeless classic country, soaring Americana, and singer-songwriter intimacy (sometimes within the span of a single song). And don’t let the notable guest list fool you, either; while the likes of Jack Ingram, Evan Felker, and Mike Ethan Messick presumably all brought something to the table to warrant their co-writer credits (on standouts “Faithful & True,” “Oklahoma Stars,” and “The Being Gone,” respectively), this is Wilson’s showcase through and through. Put it this way: As much I wish Guy Clark was still around to hear her take on “Instant Coffee Blues,” it’s the song right after it, Wilson’s own “Death & Life,” that I think would have really knocked the master out. — RICHARD SKANSE