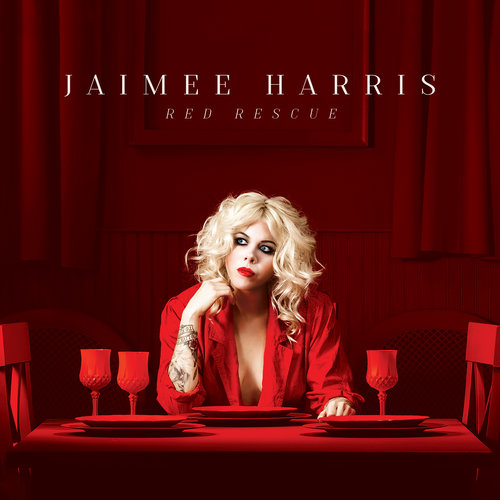 JAIMEE HARRIS
Red Rescue
www.jaimeeharris.com
Jaimee Harris’ name has showed up so many times in the music pages of the Austin Chronicle and Austin American-Statesman over the last three or four years, you woulda thought she was the hottest thing in town since Gary Clark Jr., or maybe even Bob Schneider. In truth, she still has a long ways to go before hitting that kinda fame, even on a local level — but glowing endorsements from a handful of her more established Texas folk scene peers (including the late Jimmy LaFave) always suggested there was more to Harris’ burgeoning “it girl” buzz than mere hype. Either way, imagine the kind of pressure she must have felt all through the making of Red Rescue: rarely is a young artist tasked with so much to prove and live up to on their debut. Then again, rarer still are debut albums like this one, which sounds a lot more like a mid-career breakthrough on the level of Car Wheels on a Gravel Road than a tentative first step. Yes, it really is that damn good. The sublime production by seasoned pro Craig Ross certainly plays a factor in that; in terms of sonic texture and atmosphere, there’s not a meticulously arranged and fine-tuned track on Red Rescue that wouldn’t pass Patty Griffin inspection. But this is by no means a case of style over substance. Harris is a strong and confident singer, her voice not especially distinctive in an Emmylou-kinda-way but nonetheless richly expressive and powerful enough to do ample justice to her songs, which are uniformly excellent. Admittedly, most of the real knockouts come on the first half of the record, from the furious opener, “Damn Right” (the only outright rocker in the bunch, but all the proof one needs that this is woman can flat-out roar) to the extraordinary title track (a stately anthem of empathy that builds from a rolling boil to an earnest intensity reminiscent of Joshua Tree-era U2). But the backend more than holds its own over repeated listens, especially the penultimate “Snow White Knuckles.” It’s a heartfelt survivor’s prayer of gratitude, an unabashedly personal portrait of the artist as a young woman not yet 30 who’s already fought her way through a hellscape of addiction to a fresh start. Of course, the same could easily be said about Red Rescue as a whole, given that every song here was doubtless informed to some degree by lessons hard-learned throughout that wayward past. But no matter how much Harris may have course corrected since then, sobriety won’t likely stymie her inspiration going forward in the slightest: Talent this genuine shines just as brightly in the light. – RICHARD SKANSE