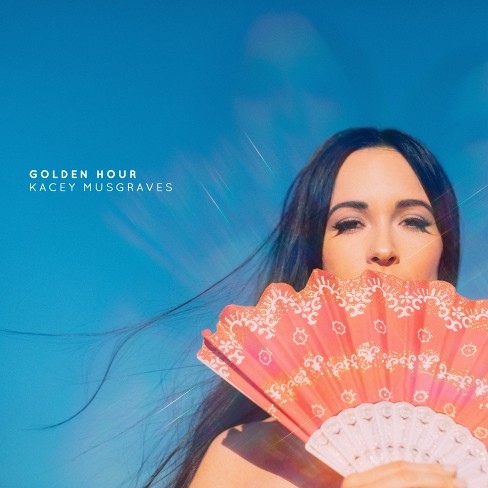 KACEY MUSGRAVES
Golden Hour
MCA Nashville
After a game attempt at a game-changing mainstream country career, Kacey Musgraves and the Nashville establishment seem to have come to a truce: they give her an award now and then, she lends them some cred, and they stick to the pander-happy usual suspects on the radio while she provides an example of how a hip, adventurous, truth-speaking young woman can hack it in the business. Like her obvious influence, Dolly Parton, Musgraves retains the sweetness of her twang while embracing the more glamorous possibilities a big budget and a high profile can bring. “High Horse” goes damn near full disco, with the bulk of Golden Hour embracing a sort of bells-and-whistles dream-pop vibe (best sampled on semi-mainstream-hits like “Space Cowboy” and “Butterflies”). And although some fans might miss the more classic-country textures of her breakthrough records, Musgraves deserves (and received!) credit for breaking out of her well-worn groove of kinda-tart, slightly-ironic redneck songwriting in favor of something more expansive and genre-bending. But Golden Hour also proves she knows how to branch out without getting so far out on that limb as to be unrecognizable; wrapping things up with a solo piano ballad like “Rainbow” is more than enough to remind you of the simpler charms at the heart of Musgraves’ music. — MIKE ETHAN MESSICK