In Profile: Shelley King Stirring the fire in her soul 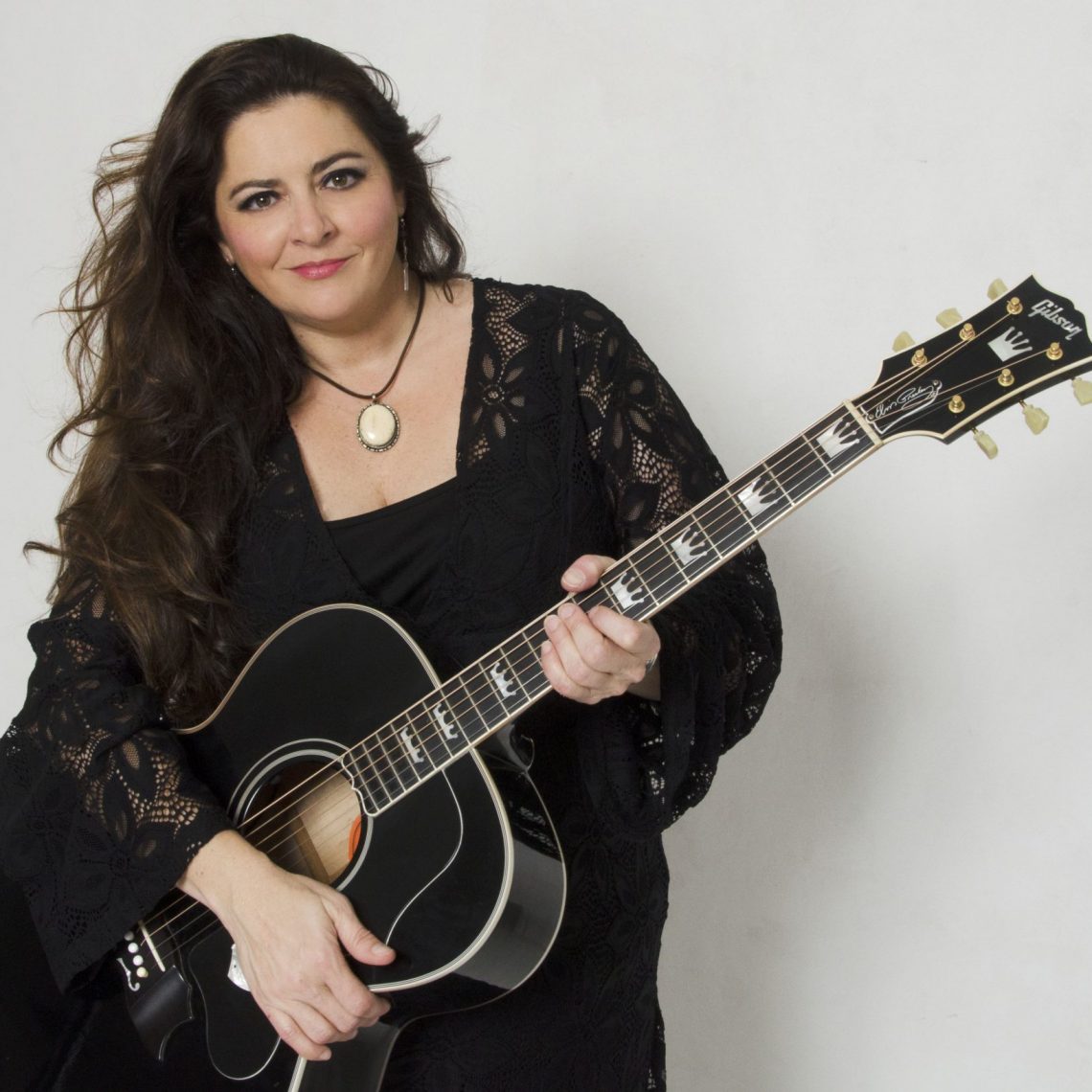 “I can’t wait for the fire puns,” says Austin singer-songwriter Shelley King, anticipating the reaction to the release of her seventh album, Building a Fire.

Okay, wait no longer. But that name is more than just kindling for puns. It’s the perfect analogy for King’s passion for music, fanned over time from a spark she was born with into a successful career that’s earned her both critical and peer ac- claim and a carefully tended, widespread fanbase. 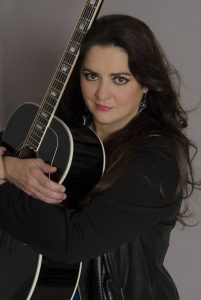 “That’s true,” says King over late morning coffee at Café Crème in Southeast Austin, just a few blocks from where she lives with her husband/drummer, Perry Drake, and their son. Then she cites the album-opening title track, a slow-burning (pun intended) gospel/blues number, as a particularly apt ex- ample. “In fact, when the song began it started as that: My passion for music and the fire inside of me. But as the song progressed it became a different kind of story, a not exactly love but desire story. You have this idea and then it takes off and becomes a whole different story.”

The song “Building a Fire” may have changed course, but King’s love for music has been a constant in her life for as long as she can remember. “I feel like I’ve always had that burning in me, if you will — since I was a little kid, I enjoyed singing,” recounts King, who grew up in the Arkansas countryside near Hot Springs, with stints in Amarillo and Houston as her mother

divorced and remarried. “My mom told me stories about how when she’d have a dinner party, I’d go around and tug on peo- ple’s jackets, and say, ‘Hey, you want to hear me sing?’ since I was 3 years old. I would sing songs like ‘Raindrops Keep Fallin’ on My Head’ and ‘I’ll Never Fall in Love Again’ to my friends on the swing set.”

On top of being precocious, she was gifted with a musical family. “My mother was writing songs as a hobby, and some poems and things, when I was 8 or 9 years old,” King contin- ues. “I was exposed to that and thought it was cool, so when I would write I would naturally do it in verse/chorus format, because that’s what my mom was doing. So I went in that di- rection, but the music was the thing I was always interested in. I was in choirs in school and church, and my uncles played guitar, so there was always music around.”

Naturally, she dreamed from childhood about growing up to be a singer, albeit not quite the kind she is today. “I never imagined at a young age that I would be doing what I do now,” King says, then smiles. “I had more of an idea that I would be riding in limousines and singing Barbra Streisand songs when I was a little kid.”

Although her limo turned out to be a van and her orchestra a road-seasoned band of versatile roots rockers, King still tugs on heartstrings with her potent alto voice and equally rich repertoire of deeply-felt songs, most from her own pen. She began performing during her college years at Sam Houston State University, transitioning from community musical theater to playing solo gigs. She kept her own early songs to herself, though, sticking to covers until she tried to land a gig at Fitzgerald’s in Houston and handed the booker a song list. “He just about laughed me out of the office,” King recounts with a laugh. Fortunately, the booker also urged her to work up originals and eventually offered her a spot.

As important as Fitzgerald’s was in redirecting King’s musi- cal energies, it wasn’t until her move to Austin in 1992 that she began to find her true voice. “When I was in Houston, I was just trying to figure it out,” says King. “But when I moved to Austin, I was exposed to really good songwriters and really good music that has a rootsy, bluesy edge, and it just made the pop-rock stuff that I had been writing fade away. The songs that I felt were my best were the ones that I started writing once I came here.”

Those songs didn’t go unnoticed by others, either — especially not after King finally quit her day job (sales) and com- mitted to her music career fulltime. She released her debut album, Call of My Heart, in 1998 on her own Lemonade Records label (named for the old adage about how when life gives you lemons, make lemonade), and a couple of years lat- er the title track was covered by longtime Austin favorite Toni Price on her 2001 album, Midnight Pumpkin. Price’s recording of “Call of My Heart” won Best Song at the 2002 Austin Music Awards, boosting King’s profile and own live draw and setting the stage for her AMA win for Best Roots Band three years later. But her biggest honor yet came in 2008, when she was selected as the official Texas State Musician. The fact that King, the first female artist honored with the title since its inception in 2003, was still largely unknown at the time (compared at least to previous honorees like Billy Joe Shaver and Ray Benson, not to mention her immediate successor, Willie Nelson) raised some eyebrows.

“There’s a lot of people that did that,” King admits. “It was a surprise. I still don’t know how that happened and I’m still very grateful for that. And it’s been a real help for my career. You have to step up when you realize that there are legends that haven’t had that title yet.”

King answered that “step up” challenge convincingly with her third studio album, 2009’s Welcome Home — even though the finished product was actually somewhat of a happy accident. Over the years King had played a number of shows opening for the Subdudes, forging a friendship that led to her recording some demos with the band’s John Magnie and Steve Amdée at Magnie’s studio in Fort Collins, Colo. The plan was to take the demos back to Austin and add some of her favorite local players, but she liked the original tracks so much that she ended up releasing them as-is. “It just became a record,” King says. “When it was completed, I felt like it was a time capsule of our time in the studio and suddenly I didn’t want anyone else involved. All of my ideas of having so-and-so play the solo here and so-and-so play the solo there … it was just great the way it was. I really liked the space and openness of it.

“Austin made me who I am,” she continues. “[But] I re- ally feel like the Welcome Home record helped me really find who I am. What they [Magnie and Amdée] do in the recording process is really relax me and help me to be myself and not be concerned about what’s being recorded. They bring out the heart in me.”

In fact, King had such a good experience making Welcome Home with Magnie and Amdée that she teamed with them again in Colorado to record Building a Fire. This time around, though, she stuck to her original plan of including her Austin friends on the record, too. After starting the album in Fort Collins, she brought the tracks back to Austin to add Marvin Dykhuis on guitars, mandolin and dobro and Sarah Brown on bass. She also made room for guest players like Cindy Cash- dollar on lap steel, Warren Hood on fiddle, and Carolyn Won- derland on electric guitar. (In addition to her solo career, King also plays with Wonderland and Brown in the Austin-based blues-rock band Sis Deville, an all-female side project that also includes singer-songwriter Floramay Holliday and drummer Lisa Pankratz.)

Building a Fire showcases her vocal and songwriting gifts at their finest, occupying a thematic and musical space that embraces the good times of Friday and Saturday night and the occasional morning-after melancholy as well as a spirited Sun- day church meeting vibe. It melds together her love for gospel, blues, soul and country into her own trademark stylistic region that spans from the Mississippi Delta across the Gulf Coast to the Texas Hill Country.

“I’m very excited about it,” King says with a smiling ebullience that is at the core of her personality and stage pres- ence. She’s so excited, in fact, that she’s hired publicist Elaine Schock, who works with stars like Willie Nelson and Toby Keith, to further the national profile she’s been building for years by criss-crossing America on tour. But no matter where her music takes her and how welcome her fans make her feel far from home, Austin’s call on her heart remains stronger than ever.

“I fall in love with almost everyplace that I go and I could see myself living everywhere I go,” she enthuses. “I love Nashville. I love Fort Collins. I love Woodstock, NY. I love San Francisco. So many places I get there and think, ‘I could live here …’ But then I think, ‘I love Austin.’ It’s about friends, it’s about community.”

And in “building a fire” from the city where she has lived for more than two decades, King does the Lone Star State and its capital city proud.