In Profile: Ruthie Foster Finding the "Promise of a New Day" in the roots of tradition 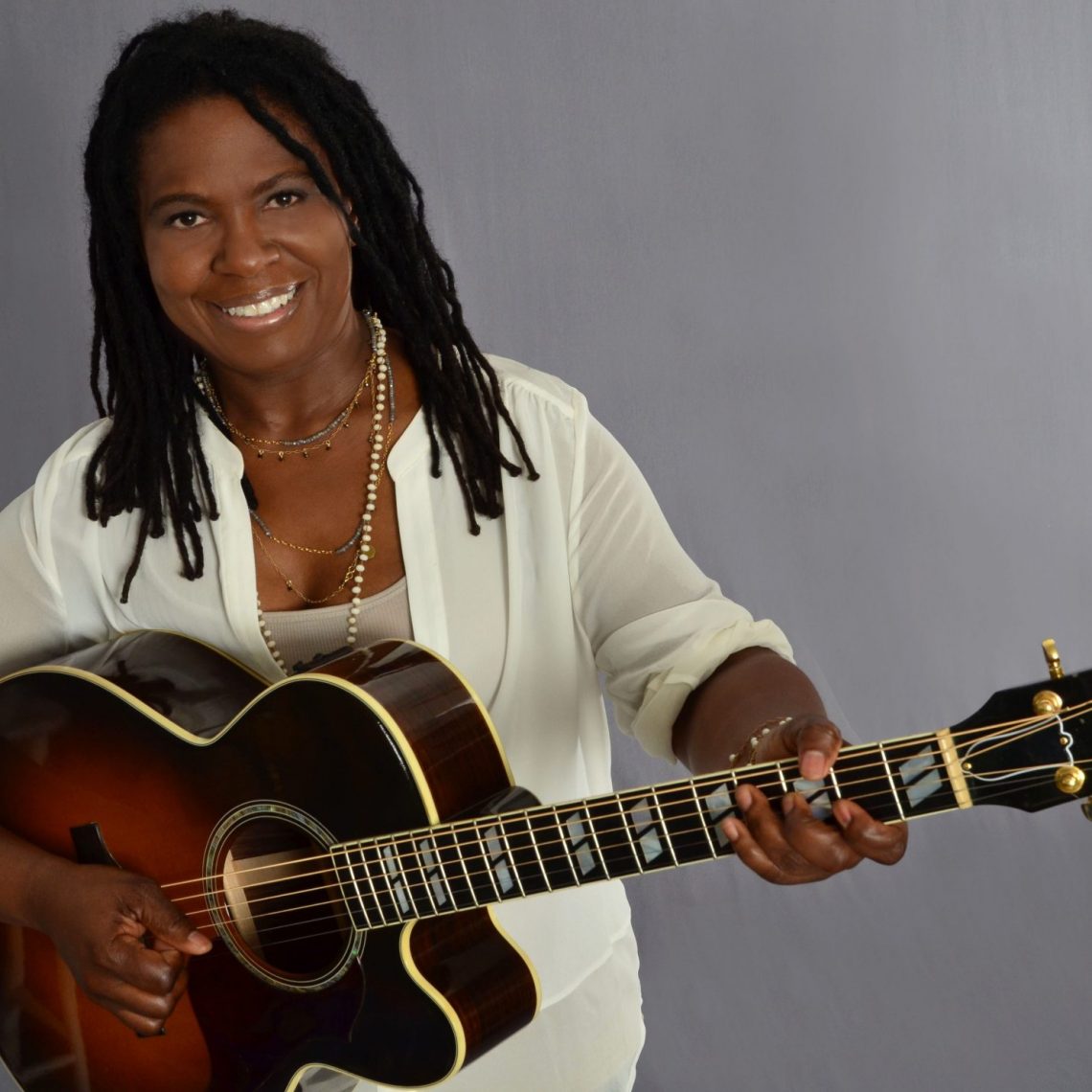 “I come from a gospel family,” Ruthie Foster says from her home in Austin, reflecting back on her formative years in the tiny town of Gause, Texas.

“My mother and Aunt Rosetta used to sing ‘Precious Memories’ around the house. On Sundays, I used to see my mom in the choir and watch how people reacted to her spirit. She’d be so immersed in the songs, she’d have tears streaming down her face. My earliest memories are of her singing, making her whole body move and bringing the church to an explosion. When she started getting happy, the spirit moved everybody around her.” 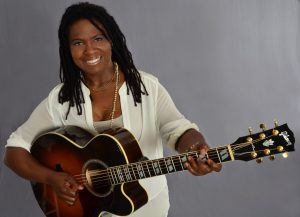 That spirit still moves through Foster. Although the singer- songwriter first made her name in the acoustic folk world and more recently has garnered acclaim (and even a Grammy nomination) as a soulful blues artist, her voice and phrasing have always been distinguished by a strong undercurrent of gospel. But Promise of Brand New Day, Foster’s ninth release in a recording career that began with 1997’s Full Circle, marks the first time she’s brought that aspect of her musical DNA to the foreground by design.

“I didn’t realize [how much gospel music] meant to me until I started putting together the songs I wanted to do on this album,” Foster says. “I grew up with the gospel sound and a lot of what comes out of my mouth sounds like gospel, so I decided to make a conscious shift in that direction. I’m indebted to gospel music and this album does lean in that direction.”

Although she notes that Promise is not, strictly speaking, a “gospel record” — “I know I need to do a gospel record, but this isn’t it,” she insists — the whole album is unabashedly inspired by and rooted in the church music tradition that served as her earliest training ground. And it wasn’t just her mother and aunt she learned from. She recalls how her grand uncle, Herbert Ayers, taught her how to play piano and organ in front of the congregation.

“I played organ from the time I was 11, sitting next to him on the bench,” she says. “My feet wouldn’t reach the pedals, but I’d shadow what he was playing. He’d let me play solo during the collection and my mom made sure I’d practice every day. I had to learn a new hymn for every Sunday and that gospel feeling is what I take with me into everything I sing — reggae, blues, country and power ballads. I wanted to pay tribute to those early days and the soul and gospel sounds that shaped me.

“My albums have been riding the fence between blues and folk for a while,” Foster continues. “I wanted to lean more towards the soul and gospel side of things this time and chose songs my band could really shine on. My drummer, Samantha Banks, comes from the Fourth Ward of Houston, where they have that old soul/gospel feel, and my new bass player, Larry Fulcher, who plays with Taj Mahal and the Phantom Blues Band, was raised in Texas, too. I wanted songs that would sound full and soulful with a trio. I’m also moving into more of an electric sound when I play live. I’ve never played as much electric guitar onstage as I do now. I wanted to capture that feeling.”

She may have had her band and live performance in mind when she conceived the project, but Foster enlisted outside help to help her make the album in the studio. She asked Meshell Ndegeocello to step in as producer, and the noted neo-soul artist’s presence and direction gave the Promise sessions an extra jolt of energy. Ndegeocello cut the backing tracks with a group she assembled: guitarist Chris Bruce (Sheryl Crow), keyboard player Jebin Bruni (Aimee Mann), drummer Ivan Edwards, and Ndegeocello herself on bass. (The album also features Nayanna Holley on background vocals and Texas guitarist Doyle Bramhall II guesting on one track.) When Foster got to the studio, all she had to do was sing.

“It was a real treat to work that way,” she says. “It stretched me to use a format I’m not used to, but I’m always looking for ways to make the music different and fun. I was going to play guitar [on the album], but when I heard what Chris did, I let that idea go.

“Meshell had the studio set up with the mics and soundboard in one room with a couch, real homey,” Foster continues. “She said she wanted to help me expand what I’m doing vocally. I don’t know if it’s because she’s an artist, or a woman, but we made a sweet spiritual connection. She made me sound more like myself. When I was singing ‘Learning to Fly,’ she was swaying and moving her arms and directing me, encouraging me to open up vocally. Her reaction to my singing helped me nail the performance.”

Ndegeocello and Foster exchanged ideas via email before they met in the studio. “I wanted to have more of my own songs on the record,” says Foster, whose last album, 2012’s Grammy-nominated Let It Burn, featured only three of her own compositions (compared to the seven she has on Promise.) “She took the demos I sent her and expanded on them for the arrangements, and she was great at bringing other tunes into the mix. She sent me ‘The Ghetto,’ a song made famous by the Staples Singers, and ‘Outlaw’ by Gene McDaniels. I knew [McDaniels] was a pop singer, but I wasn’t aware of him as a protest singer, so I got busy and looked him up. Mavis Staples sent me a personal note after we decided to record ‘The Ghetto’ that said, ‘Miss Ruthie picked a good one.’”

She made a good one, too. Promise of a Brand New Day has the intimate feel of a classic soul recording. Foster’s burnished vocals have never sounded warmer or fuller, with Ndegeocello’s arrangements giving every track its own unique identity. “Brand New Day” is a joyous a cappella ode to the salvation true love can bring. “Let Me Know” opens with Foster’s melisma-drenched vocals playing off of Bramhall’s twangy guitar, before moving into a gospel- inflected shuffle. There’s a hint of Stax in the swinging backbeat of “My Kinda Lover,” a simmering soul ballad marked by Foster’s sprightly vocal. And there’s even a hint of reggae in “Singin’ the Blues” — an observation that’s met with a chuckle from Foster.

“When I did the demo of that song, I played two bars with reggae upstrokes on the guitar,” she says. “It’s pretty subtle. It’ll be interesting to see how many people catch on to it.”