In Profile: Matt Hillyer The Eleven Hundred Springs frontman gets a little more personal on solo side trip. 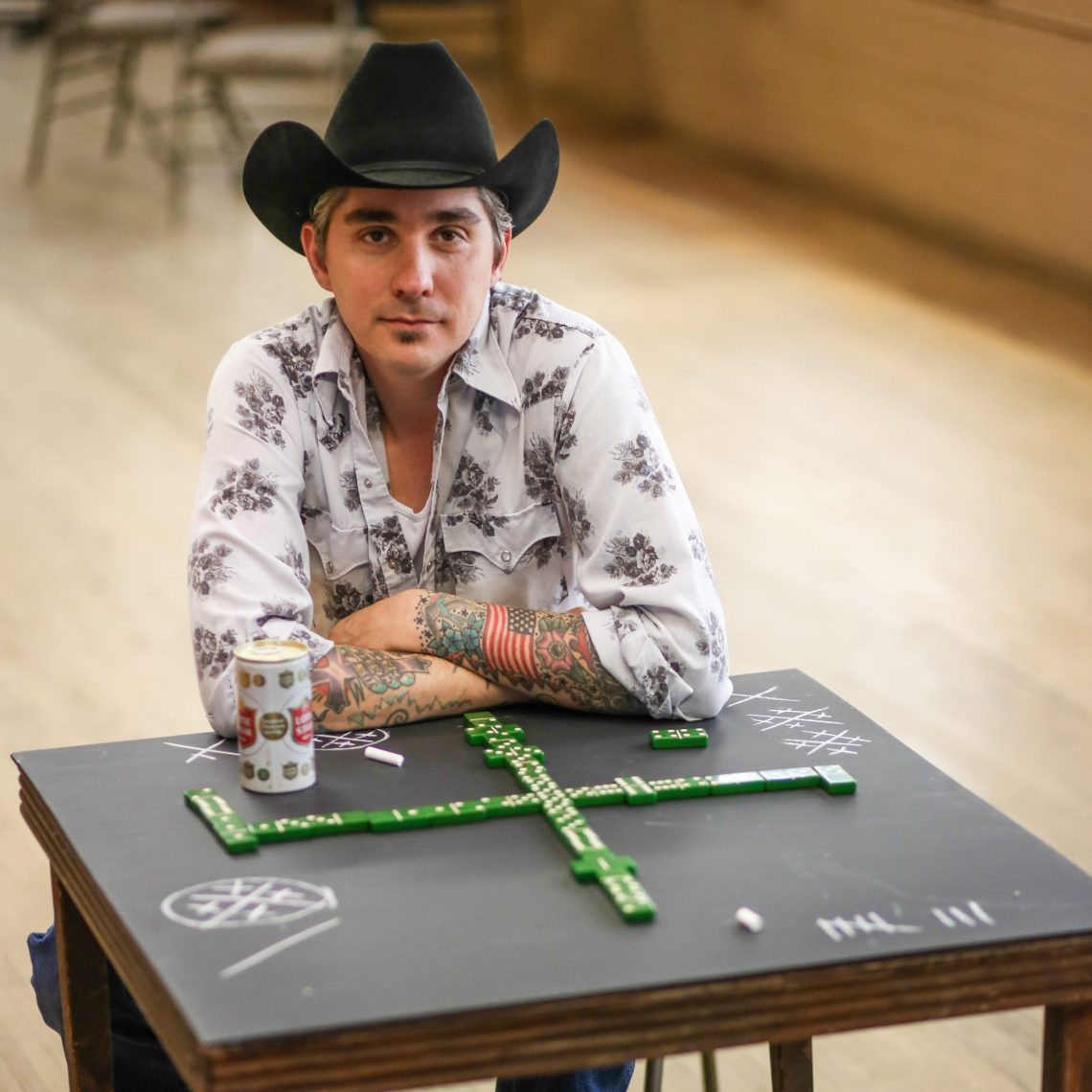 Matt the (solo) cat in a hat. (Photo by Shane Kislack)

There are any number of reasons that can lead the frontman of a successful group to break rank and a record a solo album. But in the curious case of Matt Hillyer, none of the typical factors really apply. Sure, he’s spent more than 15 years at the helm of the Dallas-based outlaw/honky-tonk outfit Eleven Hundred Springs, touring statewide and beyond and recording fistfuls of albums (the most recent being 2012’s Midway) — but as Hillyer proudly attests, the band is still going strong with all members intact and in fine spirits. On top of that, he already has a side project in the rockabilly-flavored Matt the Cat Trio. And the fact that Hillyer’s also married with two kids at home certainly rules out any notion of him just having too much time on his hands. 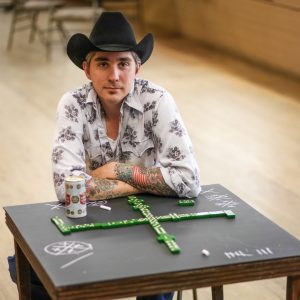 Matt the (solo) cat in a hat. (Photo by Shane Kislack)

So, ruling out things like creative differences and boredom, what exactly was it that led to Hillyer’s solo debut, If These Old Bones Could Talk? The 38-year-old singer and songwriter and self-appointed “long- haired, tattooed hippie freak” (whose trademark ponytail is long gone but whose ink is as striking as ever) actually credits his grandmother for first encouraging him to embark on the solo trip, years ago. Beyond encouragement, she also gave him the album’s catalyst, pictured right there on the album’s cover photo of Hillyer sitting at a table with a set of vintage dominoes. The “bones” he sings about in the album’s title track happen to be the kind you play.

“My grandfather died when my mother was young, so I never met him,” Hillyer says. “But when my grandmother found out I like to play dominoes, she gave me his old dominoes. It’s the only thing I have of his. I’ve always wondered what kind of situations they’ve seen. What could they tell me if they could talk?”

After Hillyer co-wrote “If These Old Bones Could Talk” with fellow
Dallas country artists Dave Perez (of the Tejas Brothers), Mark David Manders and Max Stalling, he decided the sentimental tone of the song just wouldn’t quite fit right in the context of his usual creative
outlet. “I feel like ‘If These Old Bones Could Talk’ is a little outside
of what Eleven Hundred would do,” he explains. “It’s got more of a singer-songwriter vibe than the standard honky-tonk fare. For me,
the main difference is in the lyrical content of the record. People may or may not hear it, but I know. A lot of the lyrics on this record are decidedly more personal to me.”

He did enlist the services of a longtime Eleven Hundred Springs collaborator to help him make the record, though: producer Lloyd Maines. The end result — recorded at the Zone in Dripping Springs with Maines pulling double duty both at the control console and laying down his legendary pedal steel licks — is a sparkling country gem that manages to separate itself from everything else Hillyer’s ever done — albeit not so drastically as to necessarily scare anyone off. Take, for example, “The Run Up Tree,” which apart from a little bit of rock guitar isn’t wildly different from Eleven Hundred Springs. But the lyrics find Hillyer paying heart-felt tribute to his mother and the stories she told him as a child about the family vacations she would take in the 1950s. Elsewhere, he gets intimate on a level that would never work in a typical honky-tonk setlist; the romantically poetic “Dancing With the Moon” features Hillyer almost whispering — and talking rather than singing — all sorts of sweet scenarios to a lover while a billowy gallop softly taps in the background along with just the slightest tickling of faintly audible piano.

Hillyer credits Maines with helping him to hone the sounds that envelop the lyrics, and praises the producer’s style of advising without demanding as hugely impactful throughout the sessions.

“On the song ‘My Enemy My Heart,’ I had in mind to do it as a shuffle,” he says. “But something about doing it that way made it kind of unremarkable. Arjuna Contreras [drummer for Eleven Hundred Springs] suggested switching to more of a Waylon beat. Lloyd really dug that and suggested some different chords that changed the song’s entire scope. It’s not just that he makes the suggestion. It’s that when you’re tracking he becomes a part of the band, encouraging you to try everything you can to get the most out of the song. Ultimately it’s your call, but he gives you more options.”

And now that he’s finally added a solo album to his already plentiful catalog, longtime fans of Matt “the Cat” and Eleven Hundred Springs have one more option to choose from, too.

“The main reason people are familiar with me is because of that band,” Hillyer admits. “And I’m not ashamed to say that if you’re a fan of Eleven Hundred Springs, I think you’ll like this album, too.”