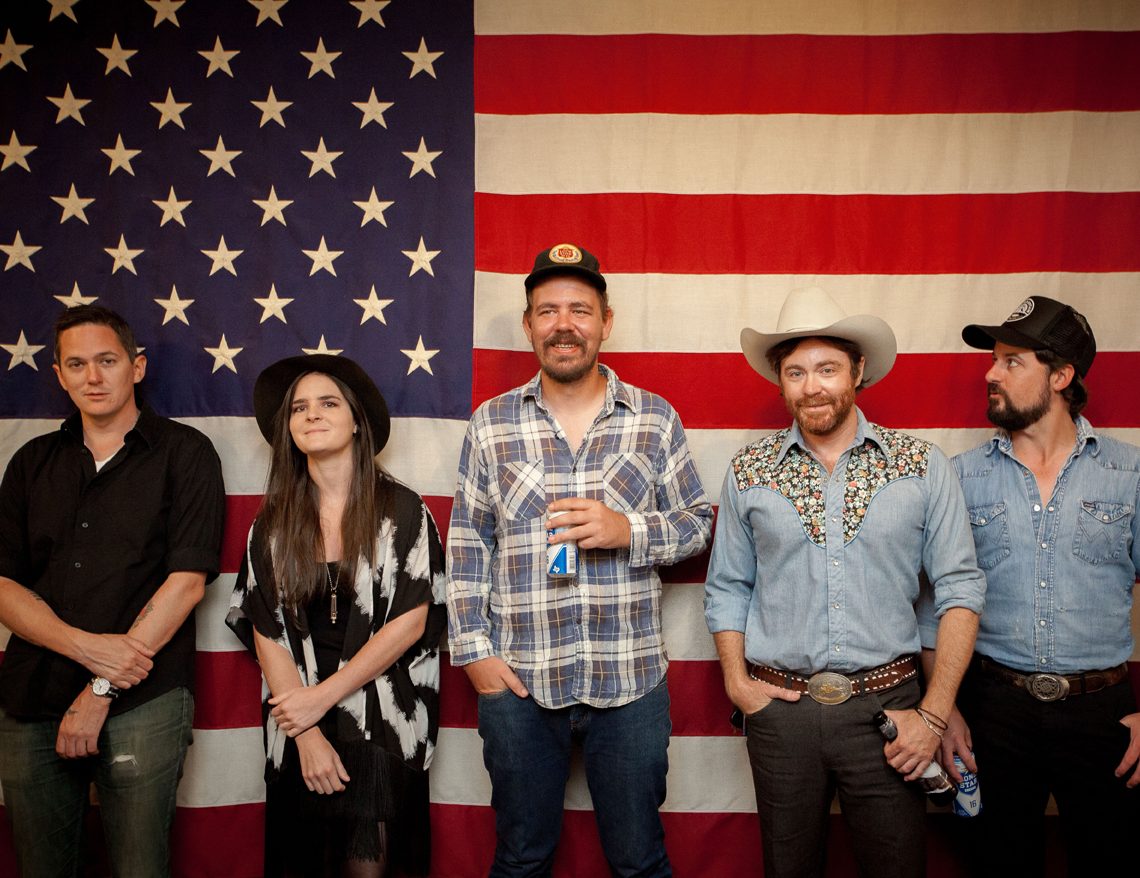 As Austin’s Guns of Navarone were winding down their run on the regional alt-country scene, guitarist/songwriter Cory Reinisch and bass player Dustin Meyer had already been playing shows as a duo under a new moniker: Harvest Thieves. When the end of Guns inevitably came, the two brought in their manager James Taylor on drums and put all of their focus on the new project. Armed immediately with an EP, Lightning in a Bottle, the trio started playing out more locally and quickly decided to fill out the sound with a lead guitar player, Coby Tate, and Annah Fisette on keys and eventually mandolin.

Once the band was completely formed, a more diverse sound began to come alive. “I think we are a little more on the roots side with Harvest Thieves than we were with the old band,” Reinish says. “We explore a little more country and Western swing songs. But, the songs are still driving songs; we just explore a little of that old-timey feel.” With a slightly new direction established, the Harvest Thieves set to work the honing the songs that would become their first full-length album, Rival, which dropped in January of this year.

In an era where many records are recorded almost on the fly, Rival was a project that took over eight months to finish. The result is an extremely tight collection of songs that showcase the band’s cohesiveness and ability to slide comfortably into any facet of the Americana landscape, and the reception so far has been very encouraging. January saw the Harvest Thieves picked as the featured artist of the month on Austin’s KUTX, and the album’s lead single “Bob Dylan’s 78th Hangover” (a rollicking country rocker that showcases the bands off-kilter harmonies) has been getting consistent national airplay across multiple platforms.

Although Reinisch remains the primary songwriter, he credits the other members of the band for creating the sounds that came out in the recording process.

“I feel like the songs that I write start from a singer-songwriter perspective, more rudimentary, turning into folk songs or stripped down country tunes,” he explains. “Once we get into the studio it’s very democratic, whether it’s just seasoning them, or rearranging them and trying to find the right structure and feel of the tune, and the band plays a huge part in that when it comes to the final output. This is first time in my life that I’ve had a group of musicians around me that are on the same page with the same goals in mind, and nine times out of 10 the ideas I bring in become way better than I could have ever imagined.”

Although the Harvest Thieves are still technically a “young band,” the members are all in their mid to late 30s — a fact that Reinisch considers a positive, “sitting on this side, knowing what I know now.”

“The only negative,” he admits, “is that if I had started a younger age I would have more time under my belt.” But all that maturity goes a long way when it comes to keeping the band’s priorities on track. “There is a singular focus on the goals we want to achieve and the content we want to put out,” he says.

It’s that work ethic, in fact, that drives the band’s plans to follow-up the still new and buzzing Rival with a new EP later this same year. They’re also setting their sights well beyond their hometown scene, touring both regionally and out of state, having just returned from their first tour of the Midwest this month. But of course they’ll be playing all over Austin during South by Southwest week — including an early afternoon spot at Friday’s Lone Star Music and KOKE-FM Dill0 Mixer at Threadgill’s World Headquarters.