In Profile: Cicada Rhythm Eclectic Athens duo blends folk, blues and jazz into a lively sound of their own 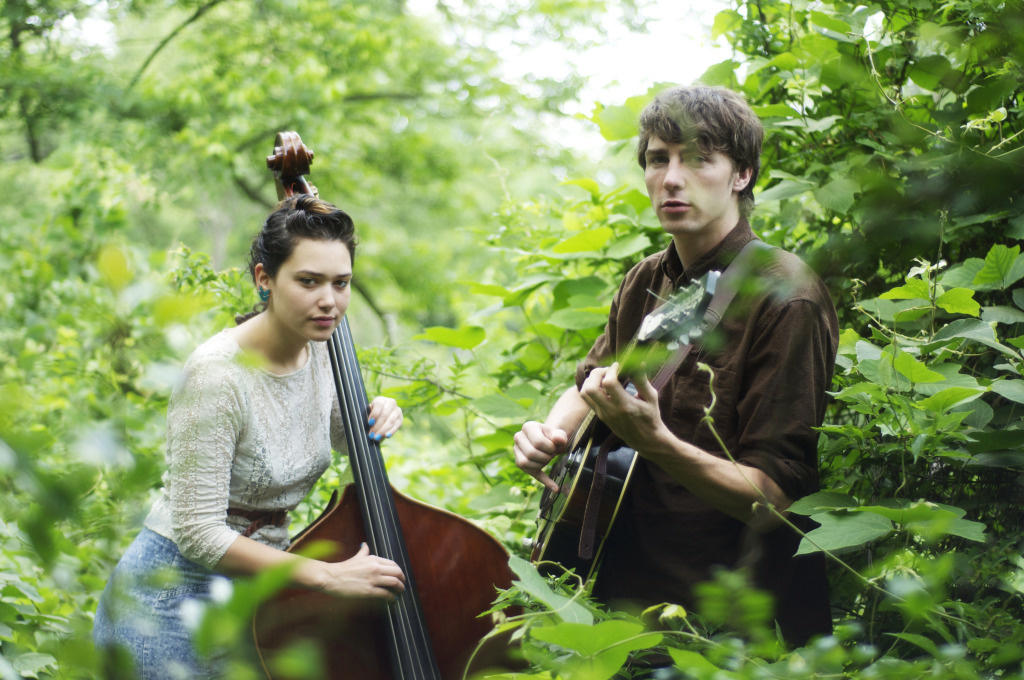 The origin story of the dynamic roots music duo Cicada Rhythm reads like it came straight out of a movie script. A few years ago, Georgia-based blues guitarist Dave Kirslis was getting bored with his surroundings and began hopping freight trains for a good time and adventure. It’s a chapter of his life he still recalls fondly, reminiscing via phone while driving through Louisiana en route to Texas for South By Southwest week.

“I don’t consider myself an avid train hopper or anything, but I was doing it for a good while,” he says. “I was just kind of bored and exploring what was around me. Maybe it’s not the safest route, but it’s a great way to explore the country and it’s super cheap.”

And who knows? Kirslis might still be riding those rails today, were it not for Andrea DeMarcus, the stand-up bass playing Julliard graduate and other half of Cicada Rhythm. “Once I started dating Andrea,” Kirslis continues, “she thought maybe [train hopping] wasn’t the best idea.” But on the other hand, that is how they met.

“Basically, Dave was riding the trains with one of his friends, and I was hanging out with a mutual friend whom David called to pick him up and I rode along to pick him up,” DeMarcus says. “He was filthy and exhausted, and that was the first I met him, all dirty from train hopping.”

While it wasn’t love at first sight, the seeds were planted. The two stayed in touch after DeMarcus returned to New York to finish school and Kirslis remained in the Athens area, playing in various electric blues bands. A couple years later, armed with a degree in double bass performance, DeMarcus moved back to Athens. She had no real plans musically, but her senior year she had begun writing songs and Kirslis, who’d constantly encouraged her to do something with her talents, suggested they try playing together. After an impromptu jam session they knew they were really onto something.

Although it was perhaps inevitable that they’d end up getting compared to other rootsy male/female duos like Gillian Welch and David Rawlings and Shovels and Rope, Cicada Rhythm’s sound is very much their own. Kirslis plays an intricate finger style guitar and his voice is very down home and folky. Demarcus lays down flawless upright parts both plucked and bowed and her vocal tone is extremely haunting and jazz infused. The combination of the two sounds, their harmonies and distinctive songwriting styles makes their self-titled debut, released last October on New West imprint Normaltown Records, a meandering journey that never loses the listener’s interest.

Demarcus speaks of the diversity of the songs with great affection, “It’s probably my favorite part of this band, that no two songs are alike,” he enthuses. “No two songs have the same experience whether material wise or musically. I just find that really creatively inspiring and enjoyable to play. It keeps everything engaging to me. If I were up there playing a bunch of the same stuff I get bored quickly.”

The album is split fairly evenly between both songwriters. Standouts Kirslis’ “Dirty Hound,” one of the duo’s most rocking numbers, and DeMarcus’ “Walking Late,” which finds her crooning atop a bed of unabashedly country pedal steel. Piano and drums are also featured on some tracks, adding even more depth to the band’s signature sound.

Although Kirslis and DeMarcus still perform most often as duo, they note that they hope to expand their live sound with a full band in the near future, perhaps even before they begin recording their next album this winter. In fact, they’ve already added a drummer to the group for their first trip to SXSW. The duo-turned-trio will be playing at least four shows in Austin during the busy week, including a 2:20 — 2:50 slot at Friday’s Lone Star Music and KOKE-FM Dill0 Mixer at Threadgill’s World Headquarters.