In Profile: Elana James With Black Beauty, the Hot Club of Cowtown fiddle player proves swing isn’t her only thing. 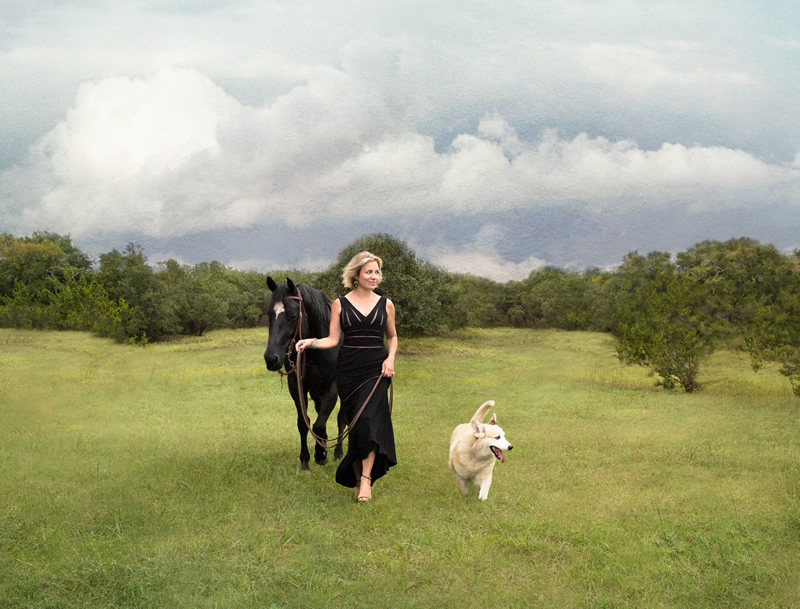 “Growing up, I played Mozart obsessively,” Elana James says, describing her first musical inspiration. “I’d go to class early to practice, but I always had an unstructured approach. The first time my mother said, ‘You might be a fiddler more than a violinist,’ I was horrified. I thought fiddlers were guys with one tooth, sitting on a porch somewhere. Back then, I didn’t know about Bob Wills or Stéphane Grappelli or gypsy music.”

Taking after her mother, a violinist with the Kansas City Symphony, James spent years diligently studying classical violin and viola. It wasn’t until after she moved from Missouri to the Big Apple for college that she finally embraced her inner fiddler and fell in love with the freewheeling worlds of hot gypsy jazz and Western swing music. Together with guitarist Whit Smith, she co-founded Hot Club of Cowtown and set off on a long and decorated career playing swing music from Texas, Paris, and points in between. Based out of Austin since the late ’90s, the prolific trio (rounded out by stand-up bass player Jake Erwin) has released nearly a dozen albums and played all over the world over the last two decades. Along the way, James has also landed studio work with the likes of country legends Willie Nelson, Merle Haggard, and Ray Price, toured with Bob Dylan as a member of his road band, and — when time and whim allows — actively pursued her own solo career. 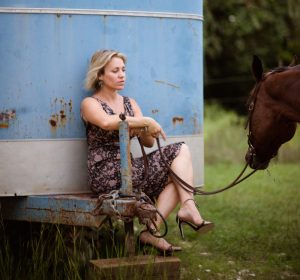 “When the band isn’t on tour, I have a hankering to play gigs as myself,” she says. “We weren’t touring a lot in the last year and a half and, in the time off, Whit had two babies, so I thought I’d create my own baby — a record.”

The recently released Black Beauty is actually James’ second solo outing; but much more so than her self-titled 2007 debut, it’s her first to offer a real sense of her musical influences outside of the Hot Club’s wheelhouse. The eclectic track list is balanced between unexpected covers like Yazoo’s “Only You” and originals like the gypsy-flavored “Who Loves You More,” a song that explores the mystical aspects of love and desire.

“I was a religion major in college,” says James. “I like songs that are ambivalent, where you could be singing to God, or a lover, or expressing a feeling that’s ageless, unknowable and more permanent than any of us are. I like songs with simple melodies, and the album does have some international folk influences, but I’m not going to turn into a folky Texas singer-songwriter any time soon. The tunes are still swing-centric; they’re just calmer and less frantic that what I’d play with the Hot Club.”

In addition to the Yazoo tune, other covers on the album include Woody Guthrie’s “Hobo’s Lullaby” and the Grateful Dead’s “Ripple,” a song James says she listened to endlessly when she was in high school. But the real standout track is “Hey Beautiful,” a James original.

“I was reading the New York Times a few years ago, and they published letters from soldiers fighting in Iraq and a couple of them were from Staff Sgt. Juan Campos, a guy from West Texas,” she says. “They were direct and loving and humane; you could hear his voice in them. ‘Hey Beautiful’ is the last letter he wrote before he was killed and it stayed with me. I composed a folky melody and stayed out of the way of the words to let the music carry the emotion.” Drummer Damien Llanes lays down an unassuming shuffle, while James and her Hot Club band mates Smith and Erwin play the changes with a subtle grace that gives the words James sings a poignant resonance.

Black Beauty took several years to come together, but James said it wasn’t because of any grand artistic plan.

“I was in no hurry and had no deadline,” she explains. “I just wanted to reveal aspects of myself that don’t get seen or heard in the Hot Club. This almost came out last year, but I wanted it to be perfect. I figure if I put out a solo album every seven years, I’ll have a lot of ’em done when I reach 100!”