The Mavericks make “Mono” magic Raul Malo on Mono, crossing genres, and bridging divides with music tailor made to move the body. 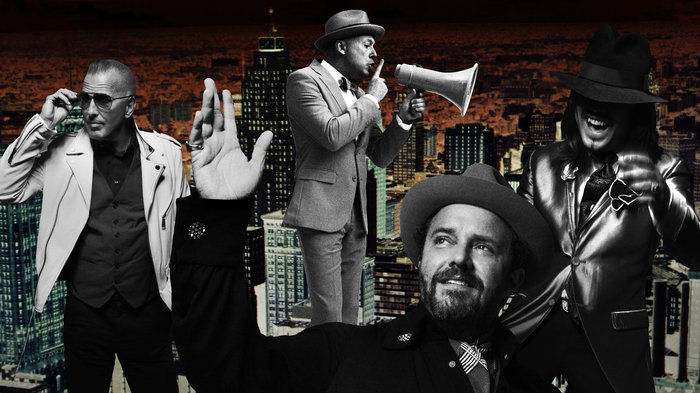 “Romantic, lustful, silly … at times spiritual, even depressing,” Raul Malo, the Cuban-American frontman of the Mavericks, is ticking off the many moods on Mono, the genre-bending band’s follow-up to their celebrated 2013 reunion outing, In Time. Recorded and delivered completely in the antiquated audio form, Mono has a thrown-back charm that suggests Dean Martin, Johnny Mathis, and even Mel Torme at their most crushed velvet. 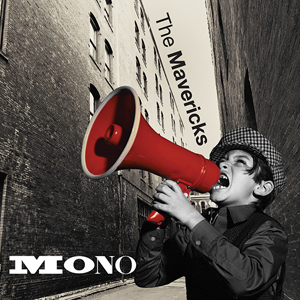 While some songs are outright romps — the surging samba “All Night Long,” the charming “Summertime (When I’m with You),” the consuming bluesy desire of “The Only Question” and the swing seduction of “Stories We Could Tell” — there’s a depth to many of the songs that stems from more than syncopation. Whether the sheer loveliness of “Fascinate Me” or the cacophonic carnival of “(Waiting for) The World to End,” the Mavericks push the obvious into places post-modern country wouldn’t dare tread.

Suggesting the inspiration for “(Waiting…)” was the band on the Titanic, Malo takes the lyrical metaphor and opens it wide. “The idea of playing as the ship goes down, to play until the last possible moment, to go out making music … In a lot of ways, it’s very pessimistic; but if you step back, it’s actually making the best of what we’re given,” he says.

“Take what you’ve got and celebrate,” he continues. “Those who can should try to show those who can’t how. I know it sounds Utopian, like some idealistic, unrealistic hippie goal. But you have to try, if only to make the world better.”

Malo understands hope as few do. The son of Cuban immigrants, he grew up in Miami, where his parents fell in love with the American Dream. “My mother was ‘The Summer of ’42,’” he recalls. “All of that naïveté and believing in what can be. Over the years, we become cynical because those sentiments are considered kitschy; though the truth is innocence and being playful gave us hope.”

Few bands were as worldly as the Mavericks in their prime. What began as a garage band merging cow-punk’s fervor with Patsy Cline classicism became a band that headlined England’s Wembley Stadium, sold platinum with 1998’s seminal Trampoline and topped the charts with “Here Comes the Rain” and “All You Ever Do is Bring Me Down.” They broke up soon after 2003’s The Mavericks, but reunited in 2013 to tour for the 20th anniversary of From Hell To Paradise, their MCA Nashville debut. The resulting In Time found the band playing with renewed vigor and a sense of musical cohesion that was more passionate and cohesive than ever; among the critically acclaimed album’s highlights was “Call Me When You Get to Heaven,” a surging nine-minute tango based on Ravel’s “Bolero.”

“Something happened during the making of In Time,” Malo says. “We were finally comfortable with what we were doing, whether it was Norteño or jazz or country. A lot of the questions of what was the point of this band were answered in our own heads. It set us on the road to really push the music.”

The Mavericks were joined by the Fantastic Four — an auxiliary foursome of Michael Guerra on accordion and percussion, Max Abrams on saxophones, Paul Armstrong on trumpets, and Jay Weaver on upright bass and tuba. They also took their tropical dance party notion to heart.

“When I was writing for Mono, the hardest part was the idea that the records I listen to when I’m getting ready to go out, they’re Cuban or from some other culture,” he says. “You may not know the words, but you know the vibe. I wanted songs that distilled that. It’s tricky, tricky to evoke and make people feel instead of think.”

Structuring his sequences like a concert, listening “in a car, preferably a convertible,” Malo says he gauges a running order successful “when it goes by really fast.” He isn’t interested in lingering over heavy stuff, just as he’s not interested in conflict or discord.

“When it came time for Mono, there was so much going on with the touring, the living, the being together …,” he says. “We had a lot of time to think about who we were as a band and what we wanted to be, and we realized: we have nothing to lose!”

The reality of the toll the road takes is evident. On “Pardon Me,” which Malo deems “as honest a song as I’ve ever written,” a star breaks down under the weight of loneliness, expectations and hollow encounters.

“There’s the parties, the hangers-on, the booze, the girls, the drugs,” Malo begins. “Whenever you want it, the temptations are always right there. And it’s hard, until you start to feel nothing. You just want to go to your room …

“I was talking to Robert during a period where he was clean, and he said, ‘You’ve got all these people around you, but in so many ways you’re so alone — which is scary. You have to be okay with yourself to do this.’”