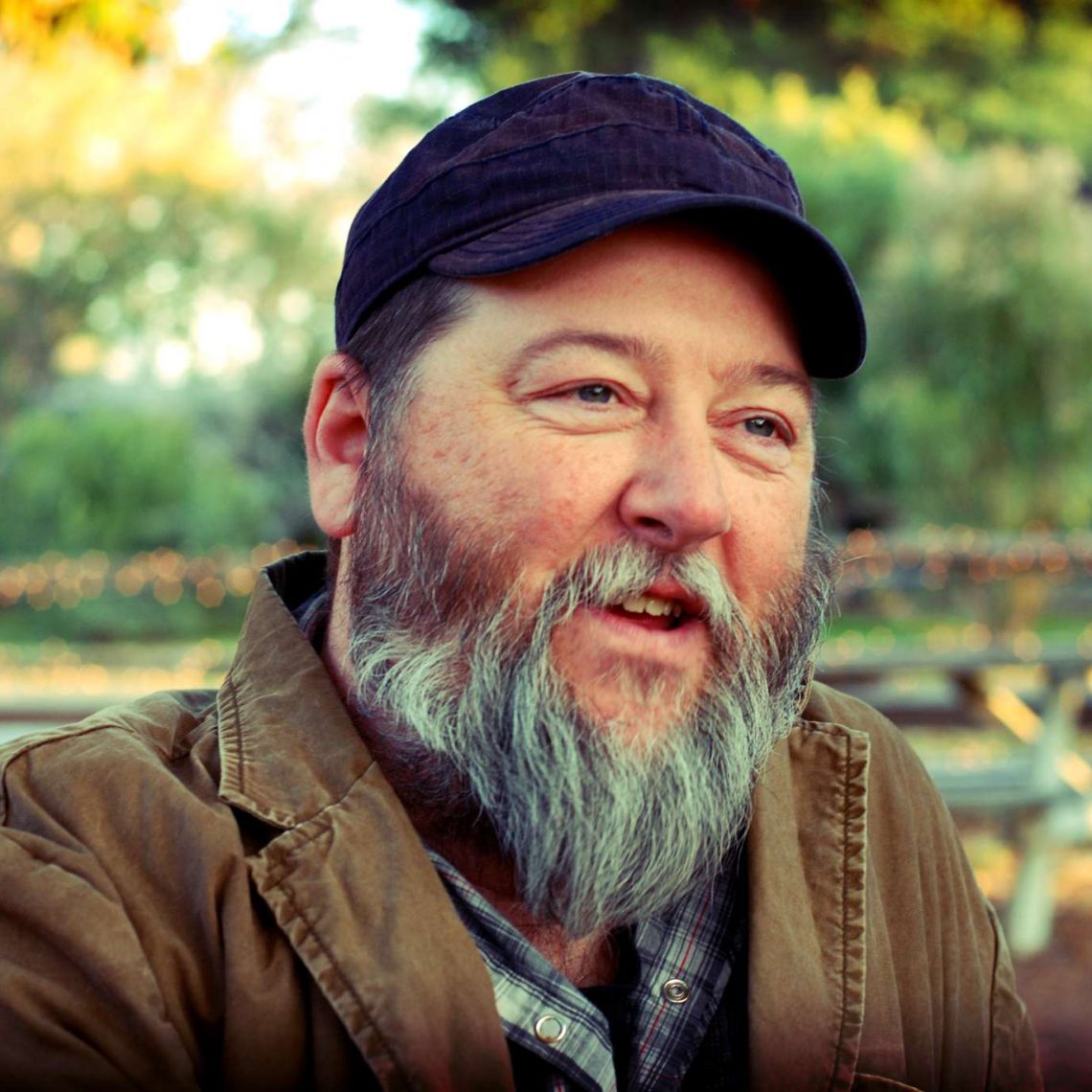 Okra Candy, the latest batch of tasty treats from Austin’s Shinyribs, backs fresh (“Donut Taco Palace”) and funky (“The Longer It Lingers”) songs with typically clever wordplay (“Pack-It-Rite”). Bandleader Kevin Russell, who’s been one of Texas’ most energetic and charismatic showmen going all the way back to the Gourds’ breakout on the roots music scene in the ’90s, spoke with Lone Star Music about the April 2015 release, his third since launching Shinyribs five years ago with 2010’s Well After Awhile.
“I started this one pretty early in January of 2014 because I felt like with the last record, Gulf Coast Museum, I was a little rushed,” says Russell. “I put that one out a little earlier than I wanted, so this one I wanted to start early enough to where I’d have time to work on it and put it out and not be stressed out.”
Describe how the new album came together.
Well, I started working with (producer) George Reiff. Basically (drummer) Keith (Langford) and me started working on the basic tracks with me on guitar. The idea was to have everybody overdub their parts and build the tracks from the ground up instead of doing it more live like we did on Gulf Coast Museum.
Can you explain how you came up with the title?
It was after I started recording the record. I was at Whole Foods and bought some dehydrated okra. It said “okra candy” on the bulk bin. I bought it and I was like, “Wow, that’s really good, better than I thought it’d be.” I ate all that and went back the next day to get some more and it didn’t say “okra candy” anymore on it. I swear it did because I read that and thought, “That’d be a great record title.” It’s like Shinyribs: Two words juxtaposed that when put together create something unique sounding with unique images. I like doing that with words. They’re words pretty far apart that you wouldn’t expect to see together.
So, what did it say on the okra when you went back?
It just said “okra” or “dried okra” or something generic term like that. I asked the guy who was in the bulk section, “Did that used to say okra candy?” He said, “Nah, not that I know of.” Man! I might have hallucinated it, I don’t know. [Laughs]
Tell the story behind writing “Pack-It-Rite.”
I’m not gonna name any names, but there’s one particular couple I visualize. They were good friends of mine, but they had a troubled relationship and they used to live over in French Place (in Austin). There’s a convenience store right there on 38 ½ Street just past the Fiesta (grocery store). I picture that neighborhood and that store. It’s not called Pack-It-Rite. I made that up. It’s pretty straightforward. It might’ve even started one night when somebody said, “Pack me a bowl,” and maybe I just thought, “Ah.” That phrase just sounded like a song could come of it.
Can you talk about your evolution as a lyricist over the years, or specifically, how this batch of songs fit into that?
Well, I guess it’s a blend. Starting with the Gourds, I’ve been very loose with the language. I’ll use a lot of metaphors that don’t make sense literally to people. I just think of myself as writing that way, but I’m trying to write more linear as well. Each record is a struggle for that. There are some older songs on this record that are more from the Gourds era, when I was writing more impressionistic stuff. There are also some more linear, straightforward stories on there. As a writer, I’ve been accused of throwing darts at dictionaries by some band members. [Laughs]
So where does “Donut Taco Palace” fall in that equation?
That’s a real place. When I’m driving around, I’ll read a sign and just start singing and make a song out of it. It’s just a habit of mine. That’s how that song came about. We used to go there all the time with my kids because their school was near there. We’d stop there and get tacos in the morning and that chorus just popped into my head one day. I was like, “That’s catchy. I like it. I want to write a song.” It took me a while to write the verses, though. They weren’t so easy.
You seem to find lots of songs driving around.
I do. Wherever I go. It’s a habit. I do it to my kids, too. They’ll say something and I’ll just make a song out of it. They’re trying to have a conversation with me and I’m singing a song to them. It drives them a little crazy. [Laughs]
Tags: AmericanaAustin musicBrian T. AtkinsonDonut Taco PalaceGeorge ReiffGulf Coast MuseumKeith LangfordKevin RussellOkra CandyPack-It-RiteQ&AShinyribs