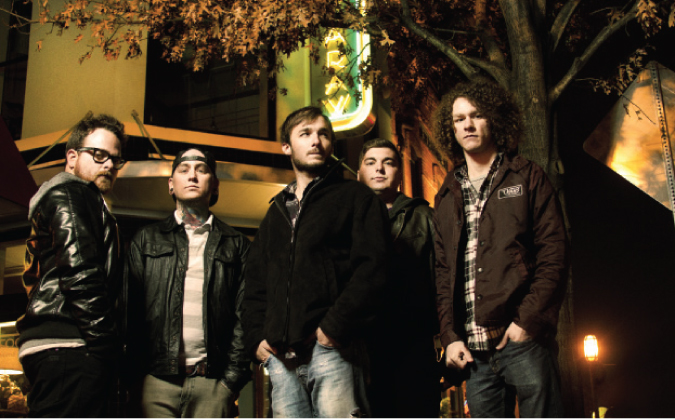 At the KHYI Texas Music Revolution held this past March at the Southfork Ranch in Parker County (home of the late television series Dallas), 25 year-old Sherman resident Dustin Perkins and his band opened up the day’s event on the massive main stage. As one might expect, the couple of hundred early birds on the grounds took a bit of time warming up to the opening act (no doubt pacing themselves for what was to be an all-day affair), but all it took was one strangely familiar song to catch their attention. As the opening notes of Adele’s smash-hit “Rolling In the Deep” came from Perkins and crew, the crowd chatter died down and people started drifting closer to the stage. After the Adele tune, the rest of Perkins’ set mainly featured songs from his own latest album, the blues-inflected, Americana rock-textured The Next Step, but once the crowd took the Top 40 bait, he had them.

A few weeks later, at Hank’s Texas Grill in McKinney, the familiar notes of another pop-hit emanated from the stage a couple of numbers into Perkins’ set. When the self-taught guitarist (who grew up in a family full of musicians) began to sing the chorus — “Baby, baby, oh baby …” — the packed, covered-patio crowd started smiling, laughing a little in disbelief, and ultimately singing along. Once again, the patrons who at first had been paying only minimal attention to the evening’s opening act were snared by Perkins and fished in with the most unlikely of covers — this time of a ubiquitous Justin Bieber ditty. From that point, Perkins’ predominantly rocking tales of where the roads of love and independence lead us all were closely listened to by the newly attentive throng.

“We look for a well-written song that’s hot at a given time,” Perkins admits over tequila shots after his set at Hank’s — a set that also featured his Adele cover as well as that most time-tested of bar band favorites, Tom Petty’s “American Girl.” All three songs were delivered without a hint of irony, and were given fetching roadhouse-style treatment. Although the throaty moan of Perkins smears its own grit over the covers (keeping them in the vein of his own material), he bears no shame in admitting he wants to catch listener’s ears anyway he can. “We picked the Adele cover and put our version on YouTube. Adele’s got millions of fans. We don’t. We mainly play these songs live to get the people in the back of the room that might not be listening to recognize the song and say, ‘I like that, and those guys are doing it really well.’ If popular music will attract a person to us, that’s what it’s all about: grabbing new fans.”

In an interesting twist, a cover of a different kind has also provided Perkins some validation beyond what the growing amount of new fans has given him already. After opening for the Casey Donahew Band, and handing Donahew a CD of his over a year ago, Perkins assumed he would only hear from the popular singer again if he ever shared another bill with him. But Donahew ended up not only listening to Perkins’ CD, but picking the tune “Leavin’ Dallas” to be included on his Double-Wide Dream record. Thrilled as he was to land a cut on what was sure to be a very well-selling album across Texas, Perkins admits that some of Donahew’s alterations threw him off a bit on the initial spin.

“At first, I was taken aback and felt like, ‘Oh, this isn’t my song,’ but then I noticed the words that Casey had changed to make it more personal to him, and as a songwriter, I totally understood that,” Perkins says. “He asked my permission to keep the changes in the song and now that’s how we play it when it’s in our set.”

Whether it’s spinning his own style around some of today’s poppiest hits, or having one of the more popular artists of the modern Texas country scene introduce his original work to greater masses, Perkins knows that he’s now going full-steam ahead with a life in music. And as far as he’s concerned, the fortunes or failures of tomorrow are worth the experiences he’s enjoying today.

“If down the road somewhere, I end up flat broke and busted, I can look back and say that I tried and gave it all I had,” he says.