Faith and conviction Brandon Rhyder lets his guard down on his revelatory new album, "That’s Just Me." 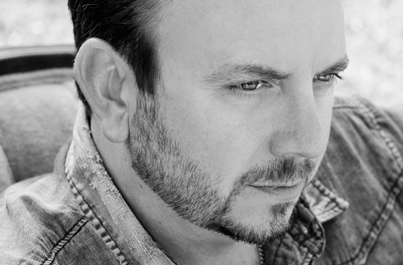 For most of his performing and recording career, Brandon Rhyder has distinguished himself in the crowded sea of the Texas music scene by merit of his powerful voice. The range he’s displayed for more than a decade suggests that he can pretty much out-sing just about anyone around him in his field, and his dramatic vibrato employed throughout his best-known tear-jerker, 2005’s “Freeze Frame Time,” proves his tone is as signature an instrument as Brady Black’s fiddle or Seth James’ guitar. 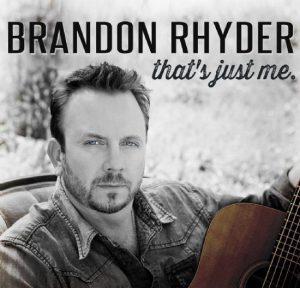 That instrument is as powerful as ever on Rhyder’s recently released sixth album, That’s Just Me; the lead single, “Haggard,” even finds him belting out a full-on Western yodel with Riders in the Sky-worthy conviction. But for arguably the first time in his career, it isn’t his vocal chops that command the most attention on this outing so much as it is his songwriting. Which oughta be just fine with Rhyder himself, judging from the native East Texan’s admission that his heroes have always been the kind of grizzled icons whose songs transcend even the most, well, haggard of sandpaper rasps.

“I like that people can hear my songs on the radio and know it’s me singing,” admits Rhyder over the phone from Austin while gearing up for a show at Midnight Rodeo. “I get called a crooner, and I get that, but my favorite singers aren’t necessarily the ones with the best voices. Guy Clark and Robert Keen, to me, are artists that I can put on shuffle and listen to all day. The late ’70s and early ’80s was a great time where it seemed like major labels let artists be artists. Look at Charlie Daniels or John Denver for two really different examples. They were originals. Today, artists get squeezed into small boxes. Two of my current favorites, Darrell Scott and Lori McKenna, are so great because they’re so original. They can’t be duplicated because no one can do what they do.”

Of course, it’s not that crazy for Rhyder to look up to the greats that have inspired generations of writers through their grit and earnestness rather than a collection of golden-throated balladeers; everyone in this scene tips their proverbial (or literal) hat to maverick troubadours like Clark and Keen. But on That’s Just Me, Rhyder rises to the challenge of paying more than just lip service to the artists he’s studied by merit of penning songs as honest and true as the folksy gem “Richest Poor People” — and as unabashedly vulnerable as “Let Him,” a gospel lullaby co-written with frequent vocal collaborator Marcia Ramirez.

“When I was in Nashville a while back, we were talking about our families and our lives and where we were at with various things at that time,” says Rhyder. “We made a conscious decision to write that song in that direct and sincere of a way. I think most Christians find themselves over-reaching to control everything around them, but really, we don’t have that much control over anything. In my own hard times when I sit around and over-analyze things, it’s my faith that gets me through it.”

Rhyder, who was raised in the Church of Christ, says that he would like to someday record an entire album of spiritual-based songs. “I want to give my kids the same foundation of faith and guidance I had, and let them know that they’re never alone,” says the married father of two. “We didn’t write [“Let Him”] to make sure everyone knows that we’re Christians, but I think the way things are in the world now, people are more open to hearing others discuss their own spirituality.”

Elsewhere on That’s Just Me, Rhyder turns his sincerity outward, as on the song “Hell’s Gate,” which addresses the wildfires that ravaged Texas in recent years and the bravery of the men and women fighting the fury. “As a songwriter, the fires provided a chance for me to write about something as it’s happening in the here and now,” says Rhyder, who co-wrote the song with Josh Abbott (who recorded his own version on his band’s 2012 release, Small Town Family Dream.) “There are times when you write about things like that, not to exploit the subject, but to bring attention to it so that can lead to good thoughts and good things happening.”

As far as Rhyder’s career goes, plenty of good things have been happening since the release of That’s Just Me in August, including the ascension of “Haggard” to the top of the Texas Music Chart. But as 2013 quickly becomes 2014, he’s already looking ahead to his next projects.

“I plan on doing an acoustic record where we record everything live — it’ll have a great Jerry Jeff Walker vibe to it,” he enthuses. “There’s also an EP I’d like to record where I find a great female voice to pair with to try something new in that way. I always have something else to work on, and without the confidence I’ve been given in being myself and following my heart, I don’t know what I’d be doing.”