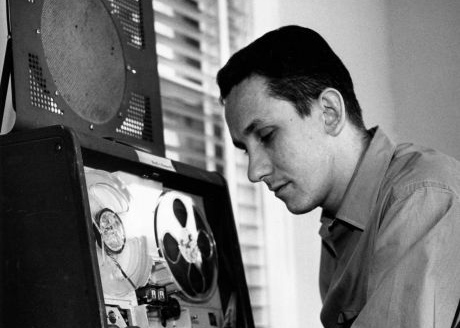 Put all the information in a book, or books, that we all can own. All the pertinent research notes, typed and single-spaced, published as is. The best of Mack’s fiction. A separate volume devoted to the Robert Johnson research. Maybe hire a posthumous collaborator for that one.

Put the artifacts in a museum, but leave the information for all that care. That’s what I hope happens with Mack McCormick’s extensive music research collection. The great reluctant passed away in November at age 85 and his daughter Susannah has all his work boxed up somewhere. Texas Monthly writer Michael Hall, a great friend to McCormick late in life, is the estate’s literary executor. There’s no doubt that McCormick, who died of esophageal cancer, left Hall detailed instructions of what he wanted done with what he called “the Monster.” The papers, recordings, photos and mementos occupied a wing in his Houston house.

The prize of McCormick’s collection is a third photo of Robert Johnson, in a sailor suit, which some have seen, yet it’s never been shown publicly.

Sometimes paranoia is awareness, as they say, especially when you have what others want and you’re not willing to share it all. In April 2014, the New York Times reintroduced McCormick as the most badass music researcher ever in the riveting longread “The Ballad of Geeshie and Elvie” by John Jeremiah Sullivan. But McCormick and his daughter, who shot off an angry letter to the editor of the Times, were incensed that Sullivan solved a blues mystery using material — an interview with 1930’s blues figure Elvie Thomas — that was taken from McCormick’s files without his permission. (An intern copied the pages with her iPhone). 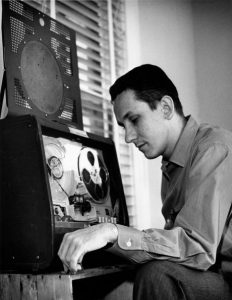 Many researchers have accused McCormick of hoarding history in his reluctance to release some of his findings. But it was most likely just writer’s block. He knew where the story started and how it ended, in detail that would take years to collect, and yet he couldn’t really put it all together in a book. Not the way he wanted to write it, like a tragic play. Collecting Texas music history was one of his two main passions; writing was the other.

Unfortunately, those two passions connected infrequently. He never finished the book everyone wanted him to write, telling his former protégé Andrew Brown in 2003: “too much of my reputation was involved with Robert Johnson … I don’t want that to be thought of as my work. I mean, he was one of lots of people that I had interest in at different times.”

He was never satisfied and his dogged dedication to finding the truth was perhaps his greatest attribute. McCormick wanted to know about Fourth Ward piano players, so he got a job taking census info in that neighborhood in 1960. He wanted to know in which room in the Gunter Hotel Robert Johnson recorded in 1936, so he interviewed every employee of the hotel still living 40 years later. He drove a singing group of ex-cons to the 1965 Newport Folk Festival, then unplugged a soundchecking Bob Dylan so his men in prison stripes and pick axes could take the stage.

He loved to solve the puzzle of poetry and Emily Dickinson was his favorite, said music historian Roger Wood, who quoted Dickinson at the Dec. 12 Mack McCormick memorial in Houston. “The truth must dazzle gradually or every man be blind.”

Mack took pains to be sure in his research, which drove him crazy, perhaps, because his subjects, in that era of half-assed paperwork for the original African-Americans and their offspring, were Johnsons, Jeffersons, Smiths and Wills. McCormick’s eccentricities were well known, and completely inconsequential when we think about everything he’s responsible for. Mack named “zydeco,” for starters. He gave Chris Strachwitz the name for his label “Arhoolie,” which launched in 1960 with McCormick find Mance Lipscomb. McCormick was an earlier Les Blank, with words instead of film.

In his thoughts he was a historian, but when he sat down to write he tried to become more than that. But he thought too much. And the music in his head was never good enough. 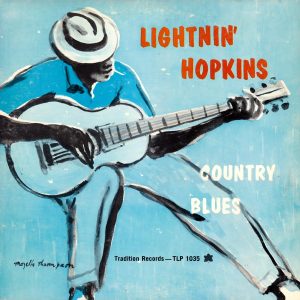 Anybody could call Mack out of the blue, but you had to get the number from someone who could vouch for you. “Who gave you my number?” was the worst thing McCormick could say to a younger researcher and you’d better not give up your source or there’d be one more name on Mack’s storied shit list. If he figured you weren’t a dilettante or sound-byte collector, McCormick would fill your head with wisdom, giving you only small chunks until he deemed that you deserved more.

And now the determination of who gets McCormick’s information, if anyone, is up to his estate. Mack probably hated the idea of anyone with $24 getting what he worked decades to collect, but history belongs to everyone. And Mack McCormick not only collected it, he made some history of his own, and deserves that credit.

Wood quoted another McCormick favorite at the memorial. Mack loved Walt Whitman and could quote pieces of the epic-length “Song of Myself.” Section 51 of the poem was especially pertinent to the life and work of this complexly driven folklorist: