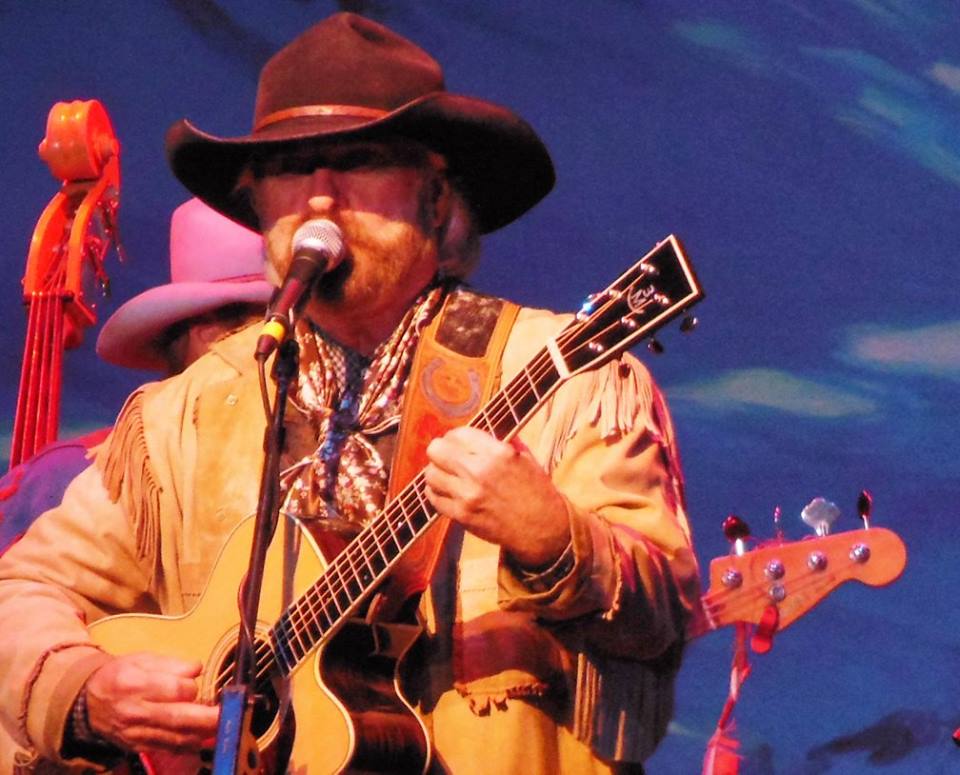 For the 18th year in a row, legendary singer-songwriter Michael Martin Murphey visited the regal confines of Bass Hall in Fort Worth for his annual Christmas performance. Melding his classic folk/country style along with a love of cowboy poetry — indeed, a love of seemingly anything cowboy related — with very traditional Christmas fare, Murphey captured the true spirit of the holidays to the thrill of a packed house.

With a stage decorated with a huge mural of a cowboy riding off into a snowy distance and two large video screens which projected everything from home movies of the Murphey clan to lovely vestiges of cowboy life, the theme of the evening was obvious from the moment one entered the Hall. “Tonight, we are going to try and go back to a time when cattle were plenty and shopping malls were few,” said Murphey before he and his crack four-piece band set the mood quickly with “I Heard the Bells on Christmas Day,” a carol based on a poem by Henry Wadsworth Longfellow.

Again and again, Murphey’s lengthy between-song banter returned to the idea that when cowboys and cattle drives disappeared, that’s when the decline began in America. Murphey’s love of cowboy music and the cowboy lifestyle was infused in every note played and word sung. Songs were played in snippets; bits of cowboy poetry were recited while the band played “Up on the Housetop” or “O Christmas Tree” or “We Three Kings.”

Occasionally, Murphey would perform one of his own songs, such as “Geronimo’s Cadillac” and “What’s Forever For,” and the secular break was a nice change of pace. And Murphey linked “Geronimo” with a nice commentary on the tragic history of Native Americans that led into a gorgeous version of “Corn, Water and Wood.”

Sometimes, Murphey’s comedic barbs were politically sharpened. “I live part time in Colorado and I am working on getting Christianity legalized there,” he said at one point. On the rampant commercialism of Christmas, Murphey offered many wry observations. “On Christmas day, Walmart and Target should be closed,” he bellowed, and the crowd, as they did all evening, ate it up. 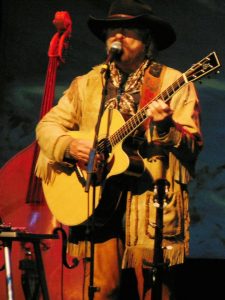 Through it all, the themes of faith and family came shining through. Murphey talked about the pain Longfellow went through prior to writing the poem “Christmas Bells,” and how losing his son did not result in Longfellow losing his faith.

“The message of our show has been good news for 2000 years,” said Murphey in between a skit about cutting down Christmas trees on government land and a beautiful version of Paul Overstreet’s “Long Line of Love.”

For nearly two and a half hours (including a short intermission), Michael Martin Murphey played to all of his strengths and succeeded in providing an extremely family friendly, faith-infused statement of purpose. Of course, he ended the regular set with his signature tune, “Wildfire,” as many in the crowd sang along.

It was a night of pure, unabashed nostalgia, a paean to memories long past, of men and women (and cattle) who existed in much simpler and harsher times. Murphey’s music and stories brought these figures back to life and reveled in their traditions and convictions. — DARRYL SMYERS