House in the house at Luckenbach 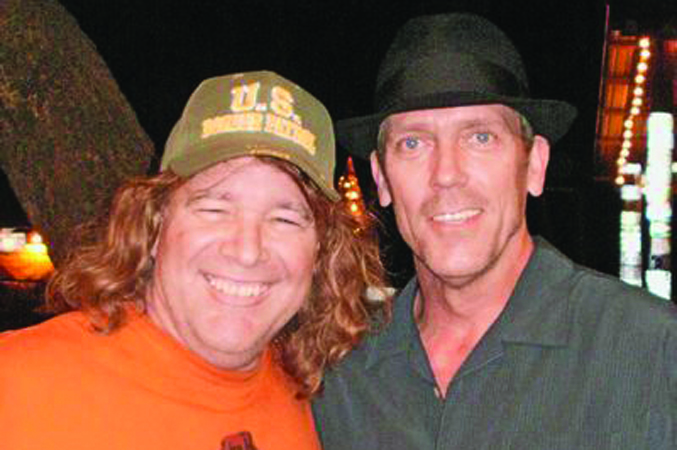 As the saying goes, “everybody’s somebody in Luckenbach.” But that doesn’t mean everybody always knows who the somebody sitting next to them is, even when that somebody might look awfully familiar. Just ask El Paso-reared, Austin-based artist Kevin Higgins, who was hosting (along with his wife, Barbara Malteze) the Monday night Songwriters’ Circle at the Luckenbach Saloon on May 10 when one Hugh Laurie popped by with a film crew and asked to join in. Laurie had a guitar with him, so Higgins figured, you know, why not?

“It wasn’t until halfway through the night when one of the crew members clued me in as to who this guy was,” reports Higgins, who had no idea he’d been swapping songs with the star of TV’s House. Turns out that when he’s not playing doctor, Laurie’s a talented blues and jazz musician who plays guitar, harmonica, piano, saxophone and drums. He’s also in the middle of making a music documentary, which is what brought him to Luckenbach.

“I went up to him later and apologized — I told him I’m not much of a ‘pop culture’ guy and don’t watch much television, that’s why I didn’t recognize him,” Higgins said. “Hugh just laughed and said that was refreshing.”

Then again, maybe if Higgins actually did watch House, he’d know that that’s pretty much how every episode of the mystery-disease-of-the-week drama unfolds: The curmudgeonly Dr. Gregory House never does figure out exactly what he’s dealing with until the very end.