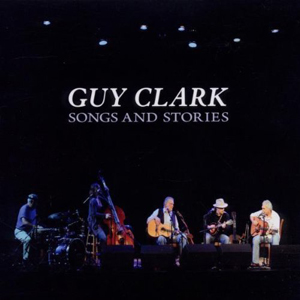 Guy Clark already issued his definitive live album, the aptly titled Keepers, 14 years ago. Having released four more studio albums since then, he’s been overdue for a new live record to pick up where Keepers left off, but Songs and Stories doesn’t quite measure up to that gold standard. Only three of the songs here were featured on the previous live set (“L.A. Freeway,” “Homegrown Tomatoes,” and “Out in the Parking Lot”), but because Clark generously hands the mic over to his co-writing and stage companions Verlon Thompson and Shawn Camp for two songs a piece here, there’s not a whole lot of room left for him to showcase his latest and greatest. But what is here is a treat (including the newer “Maybe I Can Paint Over That” and the not-so-new “The Cape,” “Stuff that Works,” “The Randall Knife” and “Dublin Blues”). The Thompson and Camp tunes hold their own, too (and both of Camp’s songs, “Sis Draper” and “Magnolia Wind,” were Clark co-writes that Clark himself has recorded), and Clark is in fine, toasty form vocally. The “stories” promised in the album’s title are merely short but sweet, humorous song intros (or in the case of “L.A. Freeway,” a mid-song interlude). By all means, keep your Keepers; but if you’ve got an hour to spend with three old friends swapping just enough great tunes to leave you wanting more, Songs and Stories hits the spot. — RICHARD SKANSE