Guy Clark: “My Favorite Picture of You” 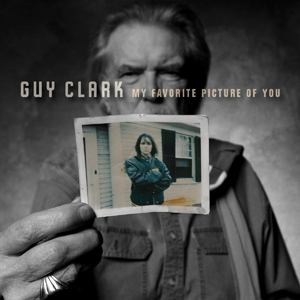 GUY CLARK
My Favorite Picture of You
Dualtone

On 2011’s This One’s for Him: A Tribute to Guy Clark, 29 of the legendary Texas songwriter’s best-loved classics were spotlighted through a colorful prism of Americana’s finest voices. But it was the one song that nobody had heard before, a brand new Clark gem sung by Jerry Jeff Walker, that proved the tribute’s piece de resistance. The unveiling of “My Favorite Picture of You,” a tribute itself to Clark’s wife, Susanna, came with no guarantee of more new Clark songs to come, but it was the perfect endnote for a celebration of a career spanning four decades. Susanna’s death less than a year after This One’s for Him was released only added to its poignancy.

Well as things turned out, Clark actually did have more where that came from, with his own recording of “My Favorite Picture of You” making its premiere as the title track for his 13th studio album. That the song sounds even more emotionally trenchant when sung by Clark himself in the wake of Susanna’s passing should come as no surprise. And neither should the quality of the other nine originals (and one cover, Lyle Lovett’s “The Waltzing Fool”) here; Clark has never been one to knock out albums just for the hell of it. But My Favorite Picture of You is top shelf even by his famously meticulous standards — every bit as good and arguably even better than 2009’s Somedays the Song Writes You (home to his late-career masterpieces “The Guitar” and “Hemingway’s Whiskey.”) In addition to the deeply personal title track, you can go ahead and add both the tragic border-crossing corrido “El Coyote” and “Heroes,” a lament for suicidal combat veterans, to the list of instant Clark classics — but the lighter numbers are all keepers, too. “Cornmeal Waltz,” written with co-producer Shawn Camp, is as timeless as the small town dancehalls it celebrates; “Good Advice” is Clark’s catchiest tune since “Heartbroke” and “She’s Crazy for Leaving”; “Hellbent on a Heartache” hits the same emotional sweet spot as “All Through Throwing Good Love After Bad”; and the closing “I’ll Show Me” delivers all the fun and great lines that you’d expect from a Guy Clark/Rodney Crowell co-write about a pool hall prowler. It’s kind of a shame that This One’s for Him was made before this, as any one of these songs would have been every bit as worthy of the tribute album treatment as “My Favorite Picture of You.” Then again, having a whole record of them sung by the man himself beats all. — RICHARD SKANSE