Grant Ewing: “The Buzz of a City Night” 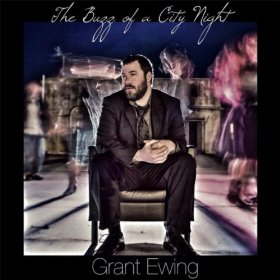 GRANT EWING
The Buzz of a City Night
Ewing Music

With his honey-toasted, whiskey growl of a voice, seasoned songwriting chops, and a crack team of tastefully restrained simpatico players, San Marcos bandleader Grant Ewing has a lot going for him on his third album, The Buzz of a City Night. But his greatest asset of all is the sense of the gritty authenticity that sticks to every track here like beads of honest sweat after a hard day’s work. Ewing’s weapon of choice is soulful rhythm ’n’ blues, which seems a pretty hot ticket these days, but there’s a blue-collar integrity to his execution that lends such choice cuts as “Picking Sides,” “Never Been Lonely,” and “Soul on Hold” more of a prime Delbert McClinton air than the stank of contrived hipster bait. There’s no showy flash on display here and not a funky horn in sight; just 10 solid original tunes (nine of them written or co-written by Ewing, and one, “Time,” by lead guitarist/bassist Colin Colby with Charles Cruz and Victor Holk) that sound fit to chase a late-night spin through Bobby “Blue” Bland’s Two Steps from the Blues — or at the very least, fit to be paired with a stiff bourbon. — RICHARD SKANSE