George Ducas: “Volume Up, Windows Down” 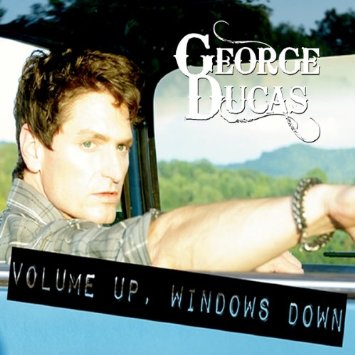 Houston-bred singer-songwriter George Ducas has a string of co-written hits for the likes of Radney Foster ( “Just Call Me Lonesome”), the Randy Rogers Band (“Kiss Me in the Dark”) and the Eli Young Band (“Always the Love Songs”). But Ducas spent the past two decades in Nashville with mixed success as a performer; just as he would catch a fire, something would dump a hurricane on him — as happened last year, when Ducas watched his new label, WhiteStar Entertainment, implode under allegations of fraud by its CEO. Fortunately, Ducas now seems to have put the false starts and heartaches behind him with his self-produced EP, Volume Up, Windows Down. There’s a co-write with Rogers  — the lead single “Never Goes Away,” but Ducas’ sweet, slightly twangy tenor doesn’t sound like anyone else on the radio. The EP is as smooth as polished hardwood; perhaps a little redolent of Nashvegas, but with grin-producing lyrics and catchy melodies. Best song: the semi-confessional “Breakin’ Stuff.” — LAURIE BARKER JAMES