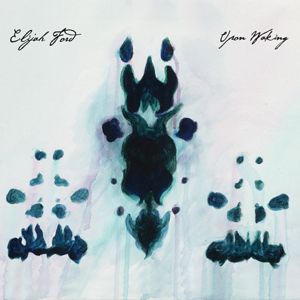 Elijah Ford has made a good old-fashioned sideman’s record, but it’s so good he might not be a sideman for long. Upon Waking is Ford’s debut and it is produced by his dad, former Black Crowe Marc Ford, who has also produced a couple of records for Elijah’s boss, Ryan Bingham. Ford plays bass in Bingham’s band, but here he proves to be a multi-instrumentalist, quite a good songwriter and a more than serviceable singer. The album showcases young Ford in a variety of settings. “Surprise, Surprise” would be right at home on one of the good Ryan Adams records — until you get to the maniacal guitar duel between Ford and his dad at the end that takes it into the stratosphere. “Realistic” has a real Crowded House vibe, but again the guitar work elevates it to something quite unique. “Concerning Your Request” melds a beautiful McCartney-esque melody with a vitriolic set of lyrics adding some sour to the sweet, and the album-closing “Skeptik,” on which Ford plays everything, features a pre-Kid A Radiohead feel. All in all, Upon Waking is a most pleasant wakeup call announcing the arrival of a very talented up-and-comer. — GREG ELLIS

Next post Matt Harlan & The Sentimentals: "Bow and Be Simple"