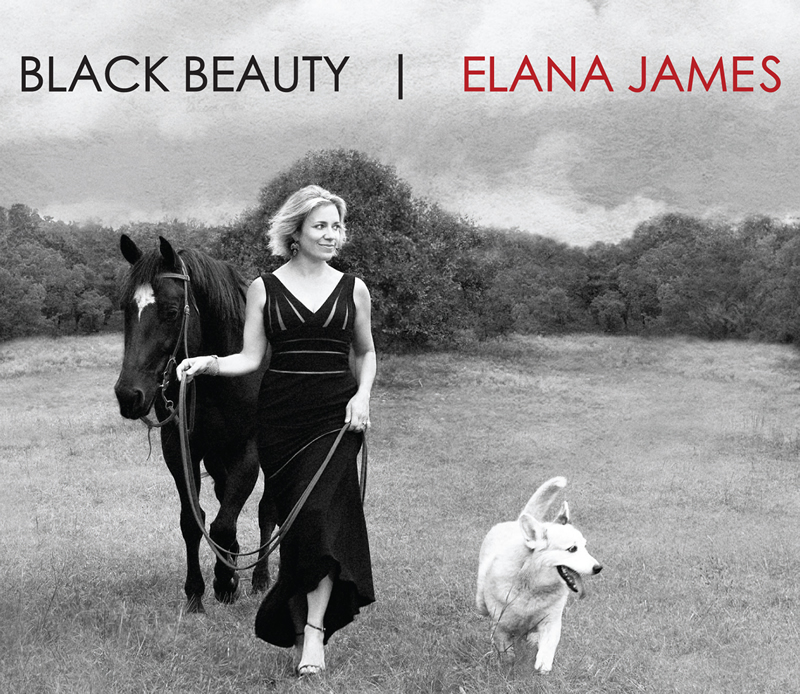 On her eponymous solo debut, Elana James didn’t stray that far from the music she makes with her longtime cohorts in the Hot Club of Cowtown. Black Beauty has its share of swing, too, but this outing finds James moving in a few unexpected directions — most noticeably on her cover of Yazoo’s “Only You.” She transforms the synth-pop hit into a folky torch song with a smoldering vocal and the thumping heartbeat of Mark Hallman’s drum kit. “Telephone Man,” penned by novelty writing songstress Merri Wilson, is a jazzy tune full of winking double-entendres. James delivers a playful, sexy vocal, singing both male and female parts of the jaunty lyric backed by Chris Maresh’s propulsive bass, Hallman’s subtle brushwork and fiddling by James that suggests a sax playing rock ’n’ roll fills. James also shows off her folky side with the Grateful Dead’s “Ripple” and Dylan’s “I’ll Be Your Baby Tonight,” both served up as subtle country waltzes, the latter goosed along by Cindy Cashdollar’s pedal steel and Earl Poole Ball’s sparkling honky-tonk piano work. James turns in a smoking solo on “Ayriliq,” an Azerbaijani folk song full of anguished longing that shows off the gypsy side of her music, echoing the feel of “Ochi Chornye,” the Russian gypsy tune she covered with the Hot Club on Rendezvous with Rhythm.

The covers are fun, but the standout tracks on the album are James’ originals. “Who Loves You More” is driven by her dark, gypsy-flavored fiddling and Ryan Gould’s almost sinister bass line and Dave Biller’s Django-esque guitar. The mysterious lover in the song could be the goddess, a human, or the force of nature itself. The words of “Hey Beautiful” are taken from the last letter Staff Sgt. Juan Campos wrote to his wife before he was killed in Iraq. James set them to a simple country tune and sings the unrhyming words with a quiet intensity. Campos describes the daily heartache of war and the separation from his family with a casual touch that gives his words a devastating impact. — J. POET