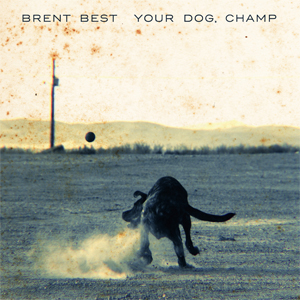 As the front man for North Texas’ Slobberbone, Brent Best developed a reputation as a singer of uncommon intensity. His live persona was defined by his riveting stage presence and gruff, down to earth vocals. The songs he wrote for the band overflowed with themes of broken hearts, death and debauchery, leavened by the band’s hard driving approach. On this, his solo debut, Best goes even deeper into the bleak emotional territory of the damaged heart. His literary lyrics sketch out desolate stories of people living on the emotional edge, with music that’s often as extreme as the narratives. “Daddy Was a Liar” sounds like a laid back country rocker, with Scott Danbom’s piano adding a little of sparkle to the dark tale of a family contemplating the murder of an abusive father. Patricide appears again on “Good Man Now,” an intense ballad that opens with the lines, “Momma you always told me that the only good man was a dead man/ I guess it had something to do with who you chose to be your husband.” Best’s quietly intense vocals are offset by salvos of distorted fiddle and guitar, mirroring the inner rage of a young man on the precipice of murder. “Clotine” and “Robert Cole” are more pastoral, with Best’s vocals offset by understated acoustic piano and fiddle, although the subject matter is just as grim — the ache of unrequited love in the first case and, in the latter, the sorrow and confusion in the heart of a young boy when he’s abandoned by his father. — j. poet

Previous post Book Review: "I Fought the Law: The Life and Strange Death of Bobby Fuller"