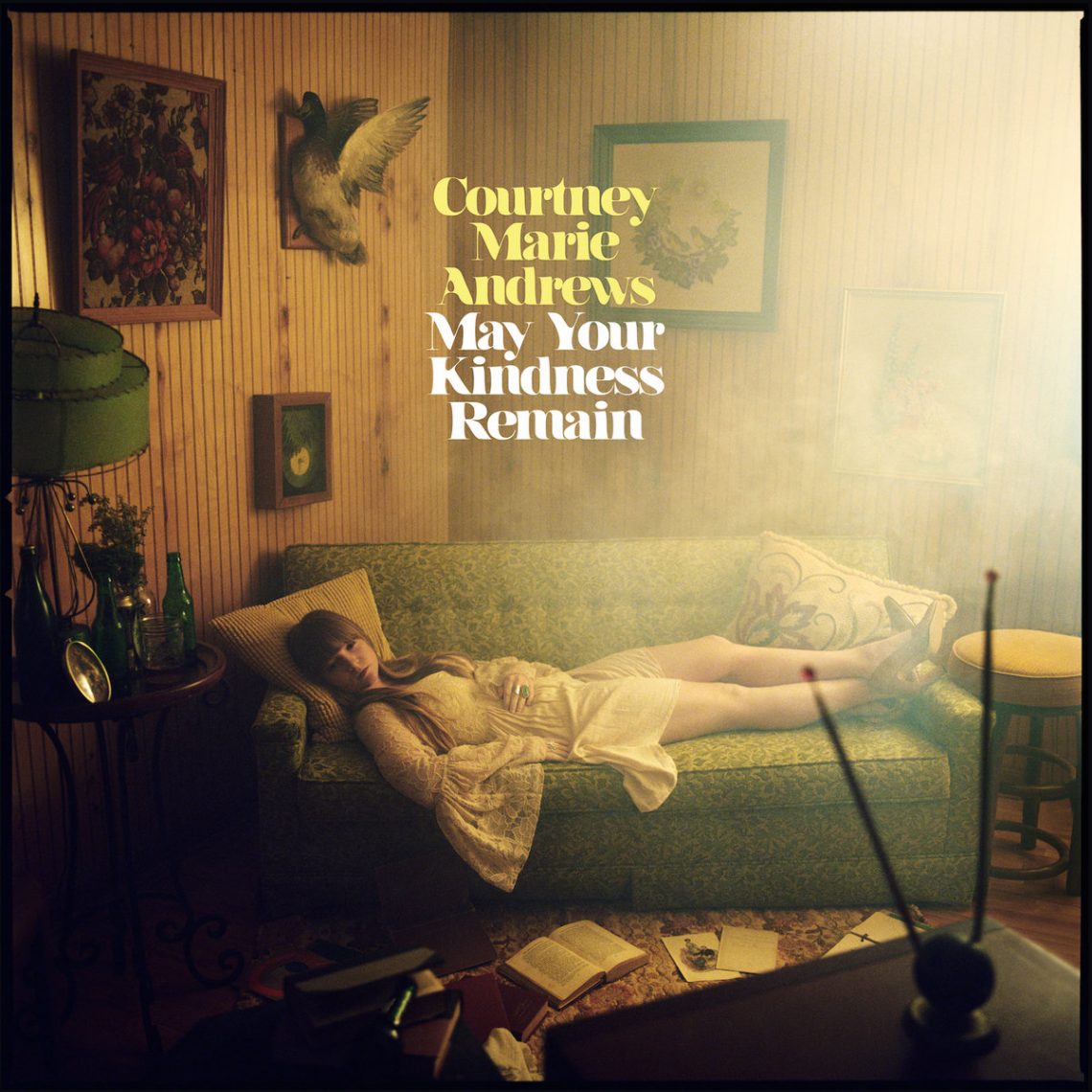 With a voice as pure and expressive as Judy Collins and a pen as poetic and true as Lucinda Williams, Courtney Marie Andrews made a helluva first impression with her 2016 album, Honest Life. Nevermind the fact that it was actually her sixth release in a career that she began 10 years earlier in her teens, playing coffeeshops in her native Phoenix; Honest Life may not have been her debut, but it most certainly was the record that officially marked her arrival as a major talent on the singer-songwriter scene. A portrait of the artist as a young woman wise beyond her 25 years, it was a work of astonishing beauty, depth, and emotional maturity. “This ain’t no rookie dreaming,” she sang at the outset — a little bit lonely, bruised, and jaded by the wear of a decade’s worth of life lessons learned on the road, but still brimming with unbowed resolve and open-hearted promise.

So how do you follow that? The only way a true artist can: Fearlessly. Like Essence, Lucinda Williams’ assertive but decidedly different chaser to her own breakthrough, Car Wheels on a Gravel Road, May Your Kindness Remain is neither a “better” album than its predecessor nor just more of the same, and that’s very much by design. Where Honest Life mostly sighed and strummed like a late night communing with Joni Mitchell’s Blue, Kindness shouts and stomps like a revival meeting in a tent pitched outside of Big Pink. The arrangements are fuller, the production (by Mark Howard) richer, and Andrews’ voice bigger and bolder at every turn. To her credit, she’s still way too smart and tasteful a stylist to ever outright over-sing or succumb to aimless melisma, but she’s got both the soul and the gumption to go full Aretha when the spirit moves her. Sometimes you can’t help but hear that spirit coming from a mile away, like in the escalating sense of cabin-fevered frustration (both personal and societal) that drives “Two Cold Nights in Buffalo,” or in the way the title track opens like a quiet prayer but builds and builds in swelling waves of churchy organ until Andrews is belting out the last chorus like an exalted, cathedral-filling hallelujah. But it can really sneak up on you, too, spiking just the right line or word with an extra wallop of poignancy and imbuing even the most meditative songs here, like “Took You Up” and the closing “Long Road Back to You,” with a goosebump-raising element of surprise.

In a bygone era of folk and pop music — or perhaps even over in modern mainstream country, if she had half a mind to go there — Andrews could doubtless make it solely an interpreter; at the very least, there’s bound to be a very fine covers album somewhere in her future. Hopefully not any time too soon, though, because as arresting as her voice may be, her songwriting is even better. As a lyricist, her attention to fine detail can feel almost photographic, if not three-dimensional (“Lift up on the door on the old rusted hinge,” she sings on “This House,” “The lock might be fickle, it’s always been”) — and her focus is equally as sharp when it comes to capturing the bigger picture. As befits the album’s title, nearly every track on May Your Kindness Remain touches in some form or fashion on the notion of empathy, a recurring theme she deftly weaves through songs topical (“Border”), universal (“Kindness of Strangers”), and as unabashedly personal as anything on Honest Life (“Lift the Lonely from My Heart.”)

That last one, which finds Andrews conceding her own culpability in regards to a waning intimacy, feels particularly trenchant and close to the bone — though that same vulnerability and want for human connection also lends itself to the devastatingly funny (albeit painfully so) “I’ve Hurt Worse.” It’s a subversively irresistible, tongue-in-cheek paean to the kind of one-sided relationship no one deserves, except for maybe those who should damn well know better: “I like you, honey,” she coos, almost like a mantra to convince herself, “Being with you is like being alone.” And as for what that has to do with empathy, well — let’s all be honest here: Who out there with a heart can’t relate? — RICHARD SKANSE