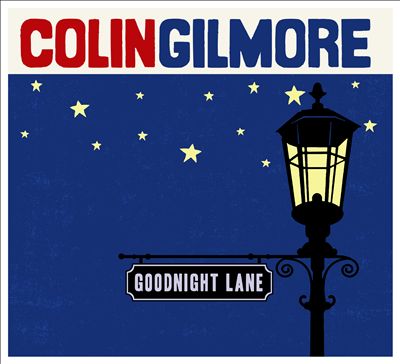 If the national reserves of catchy pop hooks ever hits a critical low, Colin Gilmore had best keep a watchful eye out for looters and the Feds. Because based on the evidence of Goodnight Lane, he’s sitting on more than his fair share. His 2004 full-length debut, The Day the World Stopped and Spun the Other Way, was loaded with memorable tunes, too, with one song in particular — “The Way We Are” — proving so irresistible that even his old man Jimmie Dale couldn’t resist taking it for a spin with Joe Ely and Butch Hancock on the Flatlanders’ 2009 album, Hills and Valleys. A 2007 EP, Black Wine, hinted that there was more where that came from, but the abundance of almost explosively soaring melodies packed into Goodnight Lane is downright bewildering. Standout songs on the filler-free set include “Circles in the Yard,” “Abigail,” “Llano” and the title track, all of which betray Gilmore’s West Texas heritage to some degree — via the Buddy Holly sparkle hard-wired into his artistic DNA, his flair for somewhat cosmic lyrics reminiscent of the old man and, perhaps, the steady guiding hand of another famed Lubbock native, producer Lloyd Maines. But ultimately, no one region or famed bloodline can lay full claim to Gilmore’s own Midas touch at crafting the perfect rootsy pop song, because talent that pure just can’t be inherited or soaked up by any amount of osmosis. — RICHARD SKANSE