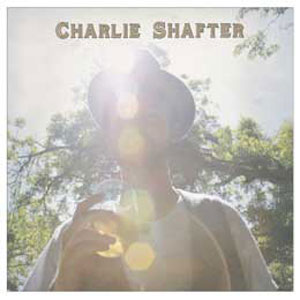 With his song “Sea Wall,” Charlie Shafter may have penned the most personal universal love story not written by Walt Wilkins that I’ve heard in years. “It doesn’t seem so remarkable, looking back on it now,” he sings, but it is — especially with the sumptuous backing vocals of Brandy Zdan helping to focus the emotion. For my money, “Sea Wall” is hands down the best track on Shafter’s 10-song self-titled debut, but the whole album is teeming with heart and earth. Shafter, a native of Illinois, has been living and playing in Texas for enough years now to catch the attention of more than a few discerning singer-songwriter fans, and his smart teaming here with producers Ray Wylie Hubbard and George Reiff only makes his light shine brighter. Hubbard is felt the most in the opening lines of the closing track, “Dog on a Chain,” which starts slow before pouring itself into a jam worthy of the old Snake Farmer at his best. “Drunk on Desire” is another standout, with a strikingly suggestive beat to accompany the lyric and Zdan once again lending sweet support. Although not without moments of swelling grandeur when called for, the organic arrangements and non-flashy production keep Shafter’s strengths as both a writer and singer in sharp relief. If this guy’s not on your radar yet, he will be soon. — CODY OXLEY