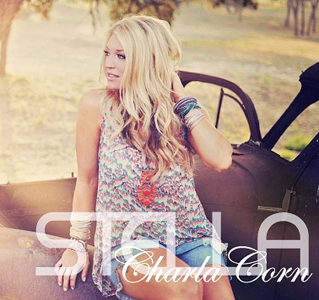 With the release of the imminently enjoyable Stella, Charla Corn effectively presents herself as a country girl with a folky-soul and a rebel’s spirit. Though sonically diverse — ranging from the breezy “In My Heart” to the gospel-lit plea of “Prayer List” —  Stella remains cohesive and stands as a full-fledged statement of Corn as an artist, wife, daughter, and new mother. And while many of the other songs lean heavily on her sincere spirituality (including the soul-stirring, Rebecca Lynn Howard-penned ballad “Jesus, Daddy and You”), Corn proves she can spin gold regardless of what she’s writing and singing about. She shows off her storytelling side and brandishes her Red Dirt bona fides in spades on “Chris Knight” — named, of course, after the famed Kentucky farmer turned gritty songwriter’s-songwriter. Corn expertly mixes her personal memories of time with her husband — an apparent diehard Knight fan — with Knight song titles such as “Jealous Kind,” “Love and a .45,” and “Enough Rope” to produce a highly entertaining tribute not so much to Knight’s musical prowess, but rather to the love of her life. — KELLY DEARMORE