Brandon Jenkins: “Under The Sun” 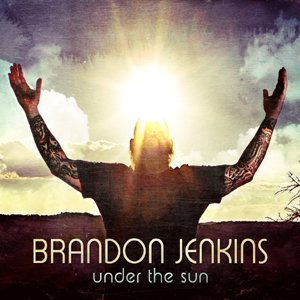 When Brandon Jenkins sings “Nothing new under the sun, baby — it’s all been done before,” on the title track of his 10th album, you gotta give him points for self-awareness and truth-in-advertising. The Tulsa-rooted, Austin-based Jenkins has long been one of the most reliably consistent artists on the Red Dirt music scene, so rest assured that if you’re a fan of his manly-but-not-excessively-fearsome country growl, his roadhouse honky-tonk/blues-rock guitar chops and meat-and-potatoes barroom anthems (a la “Down in Flames”), then Under the Sun is gonna stick to your ribs and not leave you hungry again in an hour. That said, though, there’s not a whole lot on Under the Sun that’s particularly memorable — though things do get a little more interesting in the second half. That’s where you’ll find the good stuff, like his own version of “Drag,” a co-write with Cody Canada that was also one of the highlights of Cross Canadian Ragweed’s last album, 2009’s Happiness and All the Other Things. Jenkins’ recording of the song isn’t quite as razor sharp as Ragweed’s was, but it still cuts a pretty cool groove. Ditto “Perfect Slave,” which is by far the edgiest track on the record: all stomp, thump and snarl, spiked with a wicked, snaky guitar riff that wouldn’t be out of place in AC/DC’s playbook. The quieter “No Word From You,” meanwhile, is a convincingly moving expression of lover’s angst, and “No More” is a truly exceptional, brooding outlaw’s lament. — RICHARD SKANSE