Brandon Jenkins: “Through the Fire” 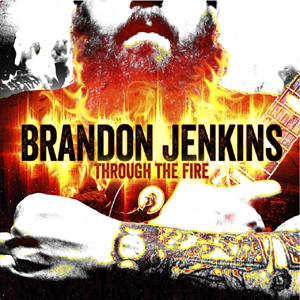 Brandon Jenkins has perhaps the Texas/Red Dirt scene’s greatest instrument. No, not his impressively burly beard, but his resonate, full-toned vocals, which are arguably some of the most distinctive in the aforementioned scene. Jenkins could easily break out a group of muscular, bluesy tunes such as “Big Mama’s Kitchen” or “Faster Than a Stone” and it would likely be a worthy album to listen to. But when one presses play on his new album, Through the Fire, only to hear harmonica leading a strummed acoustic guitar through the title track, a pensive and thoughtful — but no less masculine — Jenkins reveals himself. Not that such a vulnerability is a new thing from him, but on this record the introspection blends better with the bold than on anything else he’s ever done. That much is made clear by the time the second track rolls. “Burn Down the Roadhouse” isn’t a balls-out rocker, but it is a swaggering, swampy, sweat-drenched growler of a number that so many of Red Dirt’s young guns can only hope to convincingly record one day. In fact, that can be said for pretty much all of Through the Fire. — KELLY DEARMORE