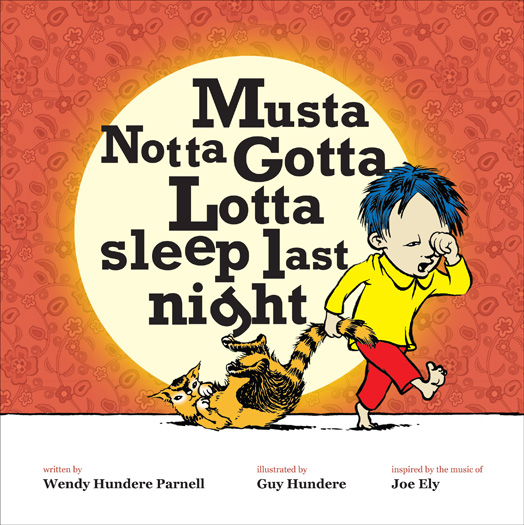 File this one under great ideas that somebody else beat you to: The literary equivalent of training wheels for the next generation of Texas music afficiandos — specifically, the next generation of Joe Ely fanatics. With pictures! Written by Wendy Hundere Parnell and charmingly illustrated by her brother, Guy Hundere, Musta Notta Gotta Lotta Sleep Last Night takes the chorus of one of the Lubbock-reared songwriter’s liveliest rockers and transforms it into a delightful children’s book about the perils of facing a school day with not enough shut-eye. 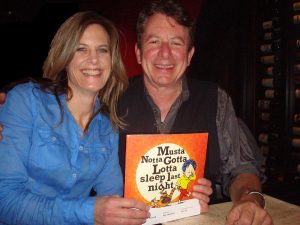 Parnell, the mother of two young children and the wife of another Texas roadhouse rocker, bluesman Rob Roy Parnell, has explained that inspiration for the book struck her during a 2007 Ely show at Gruene Hall. And the inspiration goes well beyond the song that lends the book its title. While most young kids will likely enjoy the story of sleepy Buddy Brown for its rhyming rhythm and the outrageous things that befall the little hero as he stumbles through his day, parents who happen to know a thing or two about Ely’s music will get a “Where’s Waldo”-style kick out of trying to spot all the references to the Flatlander’s deep catalog. Buddy Brown’s classmates include a girl named Cool Rockin’ Loretta, an unpredictable loudmouth who calls himself “Crazy Lemon” and an insufferable braggart named Billy the Kid. (Spoiler alert: Buddy and Billy don’t get along too well.) Buddy’s also got a cat named Lucky and Loretta’s got a pig named Roadhawg. (Parnell doesn’t say whether or not if Roadhawg is related to Big Daddy, the pet pig featured in “Ridin’ Cross Russia” on Ely’s 2007 album Silver City (Pearls From the Vault, Vol. 1), but bonus points if you thought of that song, too.)

It’s a clever idea through and through, and Parnell and her brother pull it off beautifully. It’s a quick, fun read, as musical and silly as a good Dr. Seuss yarn, and the illustrations are a hoot, to boot — especially the episode where Lucky the cat and Roadhawg the pig lead all the kids on a wild chase, “like boxcars behind an out of control train.”

Good show, and worthy of an encore. But if Parnell and Hundere do follow this with another book inspired by the music of a different Texas legend, they’d best not pick Roky Erickson. Because no kid is gonna getta lotta sleep after reading, say, Two-Headed Dog and the Fire Demon.