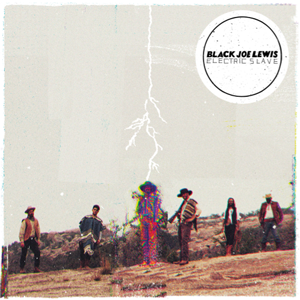 With Electric Slave, Austin’s Black Joe Lewis and his gang turn in another smoking 11-track salvo that continues their explorations of the confluence of blues, rock, funk and soul. On this outing they still display their impressive chops, but the emphasis is on the grinding, dirty excitement the band generates onstage. The arrangements are paired down to the basics, the band’s bedrock rhythms and Lewis’ powerful vocals, and played with an unruly feel that blends ’60s garage-band attitude with scorching punk-rock intensity. Producers Stuart Sikes (White Stripes, Cat Power) and John Congleton (Explosions in the Sky, Okkervil River) keep Lewis’ vocals buried in the mix, where their gruff, untamed quality perfectly compliments the sweat-splattered energy the band churns out on every track. The album opens with the gritty, fuzz-drenched metallic blues of “Skulldiggin’,” a tune that sounds like Howlin’ Wolf screaming along with Jimi Hendrix, and continues with “Young Girls,” a four-on-the-floor rocker with energy to spare and a throat-shredding vocal. A raw, scratching guitar battles a phat, funky bass on “Come to My Party,” suggesting a punk-rock James Brown tearing down the house, while “Vampire” rides a groove halfway between T-Rex and T-Bone Walker. — J. POET