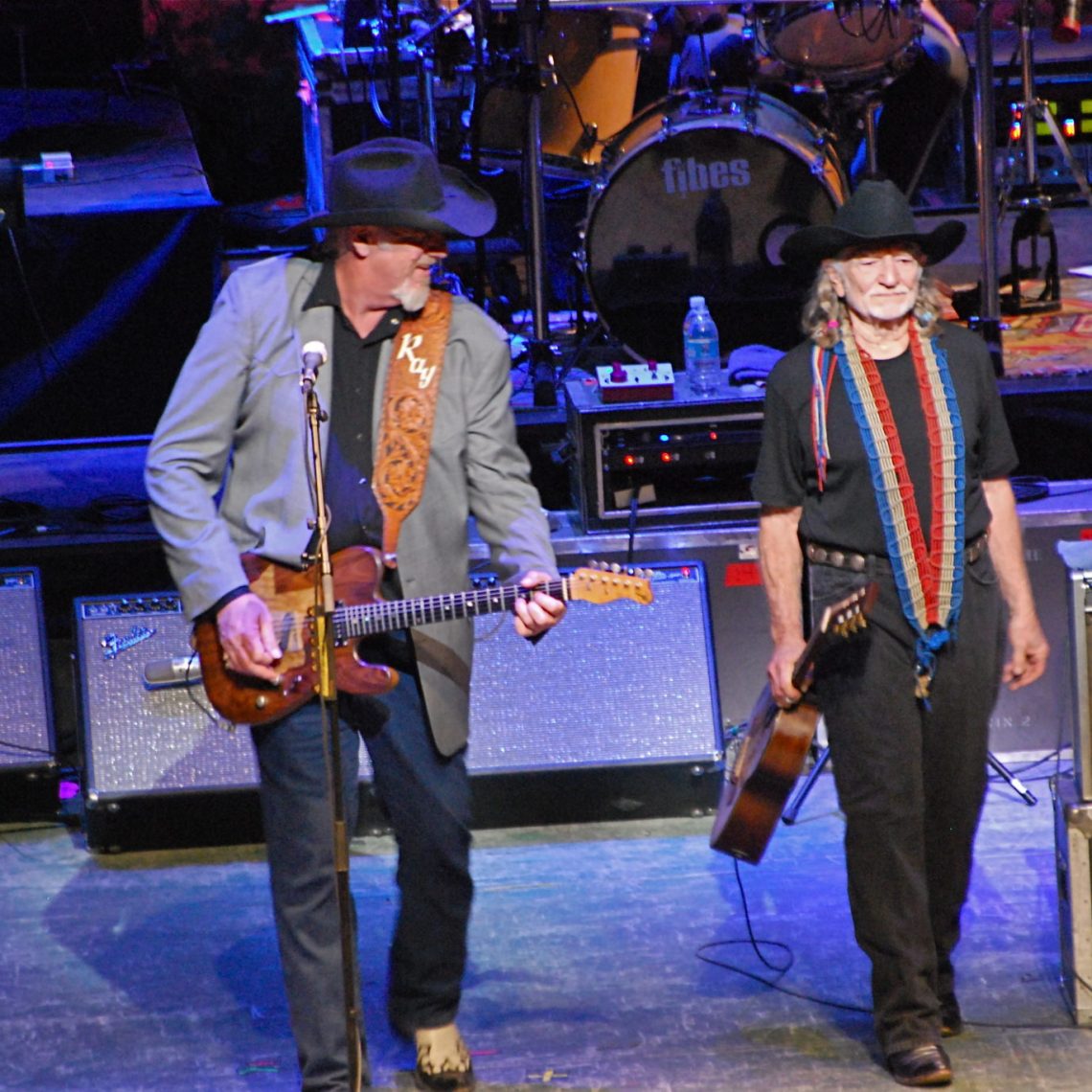 A staggering number of Asleep at the Wheel alumni — plus special guests — joined current members of the already-big band onstage at Austin’s Long Center Nov. 5 when founder Ray Benson and company celebrated the group’s 40th anniversary. At one point, nearly 35 people populated the stage, decorated like a vintage parlor with giant chandeliers and tasseled curtains. Guitar-slinging frontman Benson shared vocal duties with Chris O’Connell, a pregnant Elizabeth McQueen and guest Maryann Price. Among the other band members past and present featured were five pedal steel players (including Lucky Oceans and Cindy Cashdollar) and “a gaggle of fiddlers” — six — including Haydn Vitera, Andy Stein and Jason Roberts. Drummer Fran Christina (“he left us for the Fabulous Thunderbirds”) sat in; Johnny Nicholas sang and played harp; John Michael Whitby, Tim Alexander and three other pianists traded off with Floyd Domino; and assorted horn players and other instrumentalists seamlessly segued on- and offstage. Slide montages covered the band’s history, and celebs including Bonnie Raitt, George Strait, Charlie Daniels, Rodney Crowell, Reba McEntire, Huey Lewis, Terry Lickona (host and producer of Austin City Limits) and even Paul Shaffer gave video salutes. Leon Rausch — the living connection to Western swing king and Benson inspiration Bob Wills — guested, along with Benson’s best buddy, Willie Nelson, who ran through a string of his own hits before performing jazzy selections from 2009’s Willie and the Wheel album. After more than 3½ hours, they closed with “Happy Trails.” Because, in the Wheel’s case, the road very well may go on forever. — LYNNE MARGOLIS

Next post LSM Cover Story: Cody Canada and the Departed